We use UPS as the preferred shipping method for all of our orders, especially our international orders, for a whole list of business-related reasons that I don't need to get into.  There are, however, 3 main benefits that we enjoy when working with UPS:

1. Our orders get where they need to go, end of story.

While we completely understand that not every single package is going to make it to our customers exactly on time and in the right place, an overwhelming majority of them do.  This is astounding considering the company delivers an average of 1.6 million packagesin a single day using 237 airplanes in 220 countries around the world.  When a package doesn't get where it needs to go, it's typically a painless process to resolve the situation.

When we first began offering to ship Medelita items overseas, it was immediately obvious that if we grew international sales we would be running into pile of abandoned packages all over the world.  This was happening often when customers in other countries were surprised to realize that they had to pay an extra fee for duties and taxes before they could receive their lab coats and scrubs. Many customers simply chose to leave the package with customs, and when that happens Medelita is forced to bear the cost of shipping it back to our warehouse. At Medelita, we don't like unnecessary surprises either, and could sympathize with a customer who felt mistrust due to lack of transparency in the ordering process.  So we called on UPS to help us provide international customers with a way to easily see their duties and fees during the order process and even pay for them up front to avoid any delays in customs. Understanding that we are a small, growing business, our representatives at UPS put us directly in touch with some members from the UPS IT team, who in turn provided us with the technical capability to calculate these fees for our customers.  Since we launched this new feature we have seen a 42 percent increase in international sales. 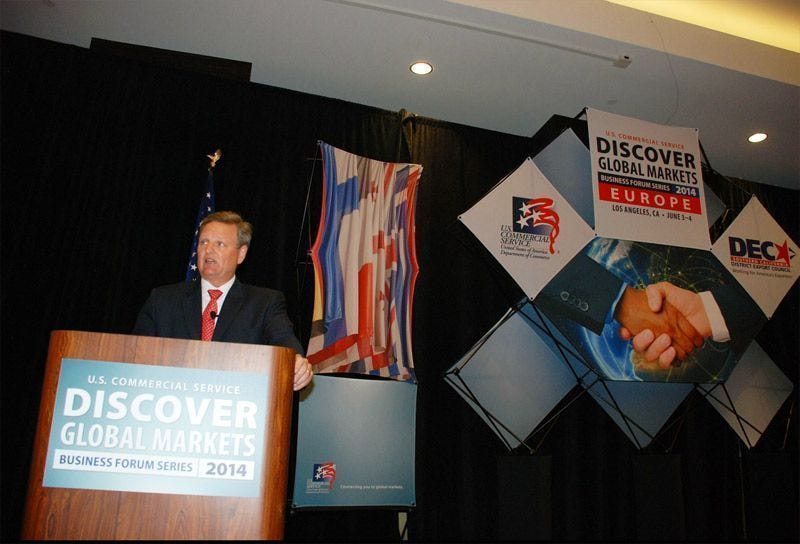 Last month we were contacted by Bill Bryant, Karen Kreager, and Natalie Giurato from the UPS Public Relations team inviting us to join them and the President of UPS International, Jim Barber, for a speech he was giving at the Discover Global Markets Business Forumin Los Angeles on June 3, 2014.  In the speech, Mr. Barber outlined the future of international e-commerce and what smaller brands like ours are doing to get out ahead of the competition early.  After explaining our aforementioned success with duties and fees, he noted,

Medelita may have been frustrated, but it wasn’t ready to turn its back on exporting as a growth strategy. It knew the potential. Here’s the potential expressed in a few simple statistics: As we’ve heard many times, 95 percent of the world’s consumers now live outside the U.S. By 2030, just 16 years from now, the number of people considered middle class are projected to triple. By all accounts, many of these consumers and the businesses they own and manage will shop online. That’s going to give them access to an unparalleled range of goods and services from every corner of the globe. Here’s one more thing to keep in mind: According to the Small Business Administration, companies participating in international trade are 20 percent more productive and have 20 percent better job growth than those that don’t. But not all companies have the same foresight Medelita did. Today, less than 1 percent of U.S. businesses export – and of those, nearly 60 percent ship to just one country. Sixty-seven percent of small- and mid-sized companies do not participate in any cross-border trade."

I attended the speech alongside Medelita President, Jamie Beuthin, and we were both extremely honored to have the opportunity to share our story. We were especially grateful to speak with Mr. Barber, and continue to be thankful to our regional UPS representatives Cassandra Osbeck, Ron Nesland, and Robert Wypyski.  We look forward to working with everyone at UPS making the most out of a relationship with a partner that truly understands what we're trying to do. 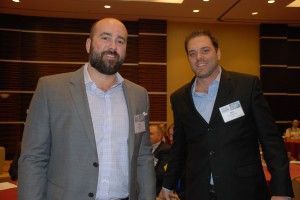