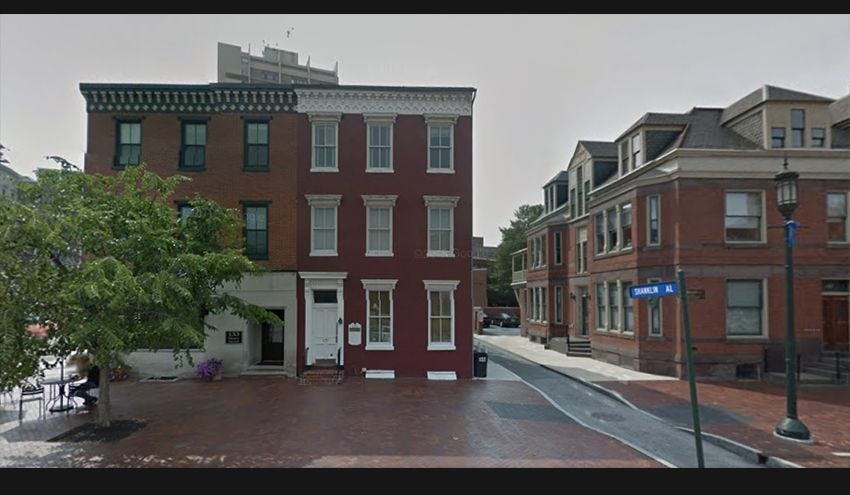 Pictured: Dr. Grandon's practice in Harrisburg, which has been open since 1950 and will close its doors at the end of 2015.

After seven decades of practice and a lifetime of hard work, Dr. Raymond Grandon has decided to hang up his white coat and close his medical practice by the end of the year. At the age of 96, Dr. Grandon is one of the world's oldest practicing physicians and his work has touched the lives of thousands of patients through the years.

Raymond Grandon, MD is a native of Carlisle, PA and graduated from Jefferson Medical College in 1945. He specialized in internal medicine and heart disease. Since opening his private practice in 1950, Grandon has gained the trust of countless patients who are sorry to see him go.

Grandon's many notable accomplishments include organizing the first televised heart surgery in the mid-1950s. During his medical career he taught countless physicians and nurses, and was extremely active in the medical community. In addition to his role as a former president of the Pennsylvania Medical Society, Dr. Grandon held numerous leadership positions at both state and national levels.

With wall intercoms and wood paneled furniture, Dr. Grandon's office is almost like a time machine bringing you back to a time and place rarely seen in contemporary medicine. Dr. Grandon never adopted an EHR system and eschewed many technological advancements. According to his staff, during his years of practice the doctor "routinely spends about 30 minutes with [his patients], often talking about non-medical topics, and soaking up facts about their lives that might impact their health."

Dr. Grandon represents what is great about medicine. Throughout his career he took the time to learn about his patients, getting to know them, and incorporating an element of genuine compassion into the care of each patient. The medical community is sorry to see him go.