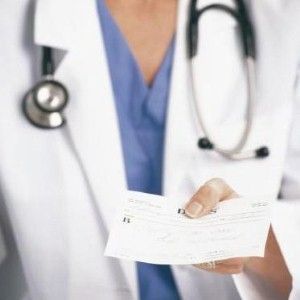 Every day we proudly add exquisite finishing touches to our lab coats and scrubs in the form of name & title embroidery. We've noticed over the years that the order in which degrees are listed often changes from one person to the next, and in my ever-curious quest for knowledge I recently wondered, "Is there an official system for determining the order of degrees in a title?" The answer isn't simple. I can neither say yes nor no, because it seems to be based largely upon opinion. In an effort to shed some light on the subject, let's go over some of the unofficial rules regarding post-nominal titles. Opinion #1: Chronological Order According to the Gregg Reference Manual, 10th edition, post-nominal titles should be listed in the order in which they were awarded. Honorary degrees should follow earned degrees, and when both academic degrees and professional designations follow a person's name, the academic degrees should be listed first. Opinion #2: Order of Importance - Highest to Lowest More than one source stated that degrees should be listed in order of general importance, i.e. Sam Brown, Ph.D., MS, RN, FAAN. However, this way seems very contextual - the importance of a degree being based upon the current work of the professional. For instance, if a medical doctor is writing a book about history, a subject for which he also has a Ph.D, he ought to list the relevant Ph.D. first. Similarly, if a medical doctor is working as a pharmacist, then the MPH should be listed before M.D. Opinion #3: Order of Credentials - Lowest to Highest On the opposite end of the scale, the University of Oxford states that degrees should be listed in ascending order from the degree with the lowest credentials to the degree with the highest. I should note as well that academic degrees outrank professional degrees. In the end, the rules on this subject are a matter of opinion and personal preference. What's your opinion? How do you list your post-nominal titles and why?