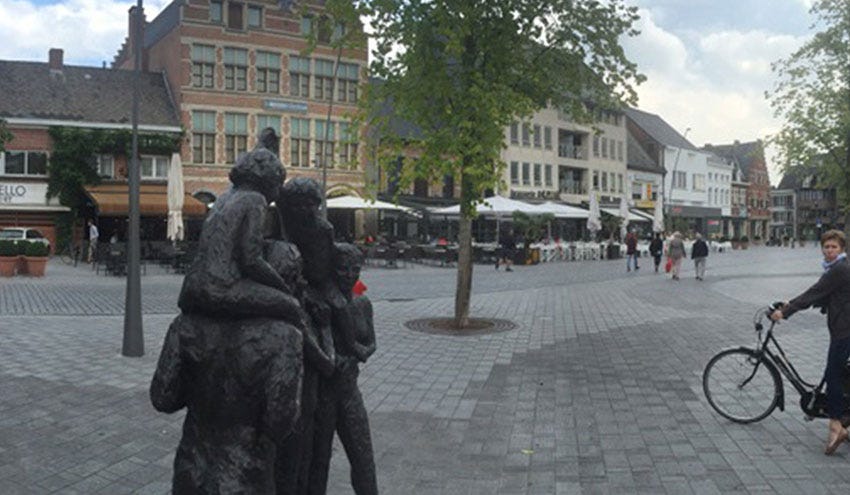 The question then becomes, “How do we mitigate the effects and costs of mental illness?”

One solution is found in the tiny town of Geel, Belgium. For centuries, residents of Geel have been co-existing and taking in people with severe mental illness. Simply known as “boarders”, citizens take in people with mental illness and make them a part of their family. Boarders come from all over the world because they are unable to exist on their own and/or don’t have anyone to take care of them. They are not treated, nor labeled, differently, and they are expected to adhere to the same rules of conduct as everyone else.

When odd behaviors show up, they are accepted and dealt with by the family. For instance, one boarder hallucinated there were lions coming through the walls, making him unable to sleep at night. His host yelled at the lions to go away, creating restful nights for all and helping the boarder feel safe. There is no talk of boarders being different or having a mental illness. They are treated the same way any other resident would be treated, and some of them even have jobs in the community.

How did this community practice begin?

The practice of boarding people with mental illness started after the 7th century. According to legend, an Irish princess named Dymphna promised herself to Christ and vowed to live a chaste life at 14 years old. After her mother died later that year, her father became mad and decided to marry her in order to replace the woman he loved. Dymphna ran away to Geel, and while there, opened a hospice for the city’s mentally ill and poor. Unfortunately, her father tracked her down, and when she refused to marry him, he beheaded her.

The townspeople laid her remains in a cave and she was martyred around the year 620. She is known as the Patron Saint of the Mentally Ill. In 1349, a church was built in her honor in Geel, and people with mental illness flocked to this sanctuary in droves, seeking respite with Dymphna. Eventually, the sanctuary overflowed, and the townspeople opened their homes to the mentally ill.

These days, boarders are considered wards of the local psychiatric hospital, and they have a treatment team that checks in on them and drops off medications when needed. However, there is no care plan or greater goal given to the families that take them in. They are only told to be as normal as possible. Families are unaware of the patient’s diagnosis, only knowing what the patient chooses to tell them, and often times, families are not trained in any way other than what they’ve learned from relatives, other townspeople, or past experiences. Despite the lack of a treatment plan, boarders are given the security and stability of being accepted by a whole community, as well as family and doctors, which some say has a healing effect. People living in Geel simply do not look at mental illness in the same way that most societies do, and mental illness is regarded with zero stigma attached.

Jackie Goldstein, Ph.D, Associate Professor of Psychology at Samford University in Birmingham, AL, led a study on violence, community factors, and the mentally ill, specifically focusing on Geel. Her study found a significantly low rate of violence by both boarders and citizens of Geel, and no significant difference in the rate of violence between the two different groups. This may suggest that community living, where everyone looks out for everyone else, benefits those with severe mental illness.

Although not enough studies have been done to definitively suggest correlation or causation, it may be worth taking a page from the book of Geel when looking at our own mental health care system and how we can improve treatments for our patients with mental illness.