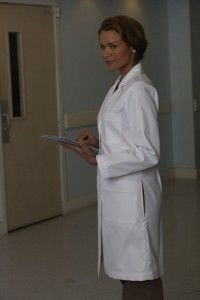 An old Welsh proverb states, "An apple a day keeps the doctor away." While the health claims of the popular fruit have remained strong, the company Apple is doing anything but keeping healthcare professionals away. Gaining momentum throughout the medical industry, iPads are being used for far more than medical news - from diagnostic encyclopedias and electronic medical records to hospital applications and test results. Here is your chance to win an iPad 2!

We will be awarding a 16GB iPad 2 to three winners in the upcoming months. Although conference attendance is not necessary to win, the first two winners of the random drawing will be announced at the American College of Emergency Physicians Scientific Assembly conference in San Francisco, California from October 15th - 18th, 2011. The winner of the third iPad 2 will be announced by Medelita on December 1st, 2011 - allowing that lucky person the opportunity to begin the new year with an advanced tool for success and efficiency. Full contest rules are available at www.medelita.com/ipad2contest