Unless you’ve been living under a rock for the past several weeks, you are probably aware of the current refugee crisis taking place in the Middle East (and now the EU). Millions of Syrians have been fleeing their homes to escape the escalating violence in the region due to the country’s civil war, which has been ongoing since 2011.   According to reports from the United Nations High Commissioner for Refugees, 7.6 million individuals have been displaced internally, within the borders of the country. 4 million people have left the country to register as a refugee elsewhere. Where are these refugees going, and what healthcare risks do they face?   For starters, the entire population of displaced Syrians face health concerns such as trauma injuries and mental illness. Access to healthcare is extremely limited during this refugee crisis, which heightens the risk for pathogenic outbreaks. 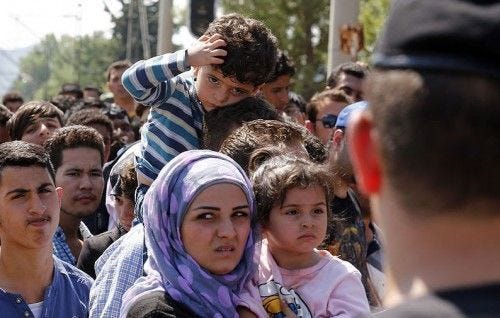 About 80% of displaced Syrian refugees have ended up in urban communities either within Syria or in neighboring countries, such as Afghanistan, Lebanon, and Jordan. These communities are overflowing and overcrowded with refugees, which makes healthcare extremely difficult to access. Though many organizations have established healthcare and other aid programs in official refugee camps, refugees who live in unestablished urban communities are not eligible to receive the healthcare services provided by these organizations, leaving them particularly vulnerable and with very limited options. As these neighboring countries continue to overflow with refugees, many refugees have recently turned to EU countries for asylum. Those who flee the country via land or water face immediate health risks, such as dehydration, drowning, exposure, and malnourishment.

Formally established refugee camps are offering healthcare services to their inhabitants, but the extreme scale of the crisis means that these populations are still underserviced. Let us illustrate how limited health services are for Syrian refugees with an example. One of the largest humanitarian organizations, the International Medical Corps, has set up health services in refugee camps within Syria. There are currently 7.6 million displaced refugees living in Syria—the IMC has 3,740 trained medical staff within the country to care for them. The organization has only been able to provide 447,722 health consultations for the refugees.   Aside from the severe lack of healthcare resources for displaced individuals, the environment within these formally established refugee camps are a breeding ground for health problems. Poor sanitation can lead to cholera or typhoid outbreaks. If the refugees are unvaccinated, preventable diseases such as measles or polio can spread like wildfire within these overcrowded, unsanitary communities.

Syrian refugees face countless health risks, yet there are simply not enough resources to provide adequate healthcare. Humanitarian groups struggle to provide as much aid as possible, but these refugees need more than a short-term solution to health problems. What they need is a new home, and only time will tell when, where, and how this refugee crisis will continue to unfold. 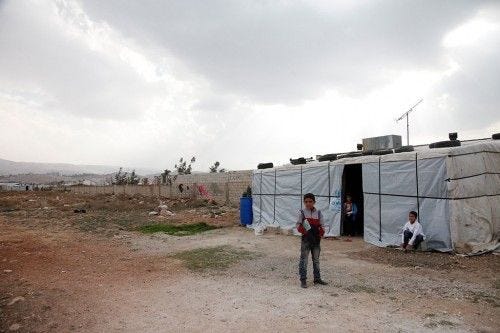 Syrian children outside their temporary home in Lebanon.
Image by DFID - UK Department for International Development [CC BY 2.0 (http://creativecommons.org/licenses/by/2.0)]