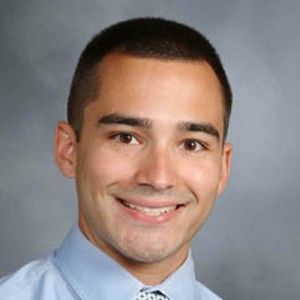 Tiago Miguel graduated from the New York University School of Medicine. As a medical student there, Tiago had the unique opportunity to rotate in neighboring Bellevue Hospital; Tiago did his internal medicine clerkship at Bellevue hospital in his third year of medical school. In Tiago’s personal statement, he described that by the end of his second week of his clerkship, he had been wholeheartedly convinced that the field was a mutually perfect match. One component of internal medicine at Bellevue that complemented his passion for medicine was the autonomy it afforded students and residents to formulate their own preliminary assessments and plans before a unified approach was devised. Tiago described how this freedom to think critically and work independently catalyzed his growth as a clinician and passion for internal medicine by allowing him to see and understand the field through my own thoughts and experiences. Yet despite the amount of autonomy granted, the group mentality was not lost, as he was able to function as a critical member of a cohesive treatment team. Whether by drawing and interpreting an arterial blood gas sample, surveying the literature, or providing his overall clinical impression, Tiago’s suggestions and observations shaped the care his team delivered on multiple occasions. He attributes these small, but fortunate achievements to the independence he was given at Bellevue Hospital. In Tiago’s personal statement, he described that his decision to pursue internal medicine was compelled by his care for one particularly ill 31-year-old woman with a prior diagnosis of systemic lupus erythematosus. He had the opportunity to care for her from the initial ER transfer for mild dsypnea, until her transfer to the MICU and final diagnosis of invasive Aspergillosis. Her case was an ideal representation of what drew Tiago to internal medicine. He was awed by the disease progression and intensely engaged in the constant evolution of their differential diagnosis and therapeutic approach, all while communicating his empathy and maintaining close contact with the patient countless times a day. A particularly meaningful incident in Tiago's education occurred during his work as an emergency medical technician  due to its emotional burden and impact on his path to medicine. Tiago received an emergency call and, when he was partnered with a rookie paramedic, he knew he would have to lead with great assertion if the team was to give the 24-year-old gunshot victim a real chance at survival. With sirens wailing and the police radio chatter at its peak, Tiago performed the initial patient assessment, delegated necessary tasks to the responding firefighters, communicated the patient’s clinical status to the ER, all while assisting his partner with providing advanced life support. Although their efforts ultimately proved futile, the day’s events helped foster several important personal realizations. First, he recognized a desire to provide long term, definitive, and more enduring medical care that would allow him to diagnose, to treat, and alter the course of disease and injury. Second, he realized a longing for the opportunity to develop significant, lasting therapeutic relationships by explaining disease, quelling fears, or consoling loved ones to ensure that his career would go beyond making the diagnosis or creating a treatment plan. Tiago worked through medical school as an emergency medical technician. In addition to keeping up with the demanding pre-clinical matriculum with ease (demonstrated by his superb performance on Step 1 of the USMLE), and serving as a research fellow with the Hunter College Summer Honors Research Fellowship Program, Tiago continued to serve as an emergency medical technician with graduated levels of responsibility. His commitment to patient care and clinical experience meant that he he went out of his way to manage additional responsibilities in addition to his rigorous medical school responsibilities. Vote for Tiago here. If you know a resident that deserves to be recognized, please nominate your candidate here.