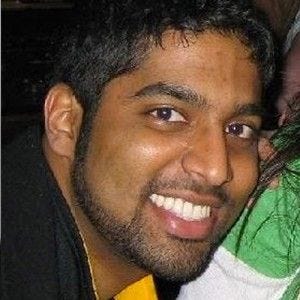 Ramu went to University of Illinois at Chicago’s medical school. He was enrolled in the prestigious GPPA program, which is an undergraduate and medical school program to which he was accepted after high school. An experience that he still talks about from his time there, was his role as a student event organizer for the The Student Sight Savers Program, which offered glaucoma and vision screening to the underprivileged in Chicago. He got a taste for what it was like to help those that needed it. For the first time, he understood what it felt like to truly to help someone with the knowledge he had gained in his time in medical school. Ramu has actually graduated from an Internal Medicine residency program from UW-Madison already. He originally thought he would go into G.I., but realized that was not “the right fit” for him. Ramu understands that not every field in medicine is the same and that you must truly suit your specialty. He found that anesthesiology had all of the nuances that he wanted to see in his field. He thinks that each surgery in which he assists is fascinating and finds it very humbling to have each patient trust him with his/her life. Ramu has always been good at math and science, but I actually don’t think he could really wrap his head around why he wanted to be a doctor until he was able to volunteer in college and then again in medical school. He thinks that there are so many changes that can be made in the medical field and he is excited to be a part of the generation that gets to help bring about this change. Ramu sacrificed three years in order to pursue the field of anesthesiology. It is not easy for one to go back and re-enter a residency program after already completing one. He knew he had to do something he was passionate about – and he found that in anesthesiology. He knew all of his friends would already be practicing by the time he was finishing his final residency (especially since he wants to do a fellowship afterward), yet he still persevered through an entire second program. Vote for Ramu here. If you know a resident that deserves to be recognized, please nominate your candidate here.