Twenty-five dollars could save the lives of millions of children each year. 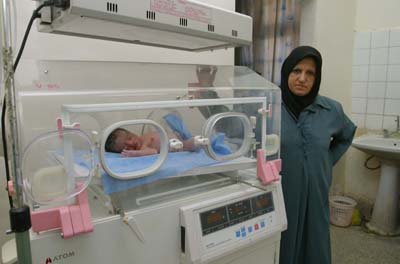 A nurse keeps an eye on a baby in the neonatal ward.

Approximately 15 million babies are born premature each year. For context, this means that about one out of every 10 babies born are premature. Complications from premature births are the leading cause of death among children under 5 years of age because these infants lack the body fat necessary to regulate their own temperature. In 2013, premature births were responsible for nearly a million deaths. 98% of these deaths occurred in undeveloped, low-income countries.   A premature baby born in a developed country will be placed in an incubator until the child can survive on its own. These infants almost always survive. In lower-income regions, this option is simply out of reach. Incubator equipment alone costs $20,000 and this doesn’t even take into account the cost for constant electricity and trained technicians. In undeveloped countries, about 40-60% of premature babies will die. 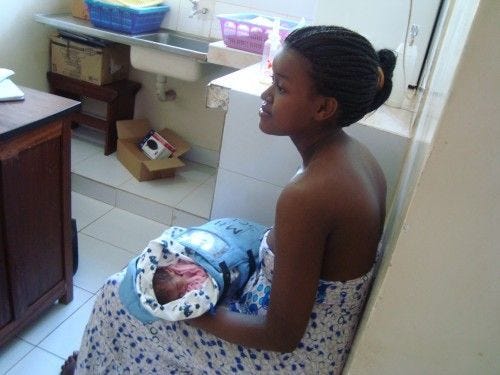 A social startup that aims to help millions of premature babies at 1% of the cost of existing solutions. This new technology is called the Embrace Infant Warmer, designed by students at Stanford University, and it provides a cost-effective, portable solution for premature babies in the developing world. Their design is stunning in its simplicity and makes you wonder how this solution wasn’t developed sooner. The Embrace Infant Warmer looks like a tiny sleeping bag that helps premature infants regulate their body temperature. It contains a pouch of wax that can be melted in boiling water and then maintains a consistent 37 degree Celsius temperature as the material hardens over 4 hours. Once cooled, the device can be “recharged” by submerging the wax in boiling water for a few minutes. 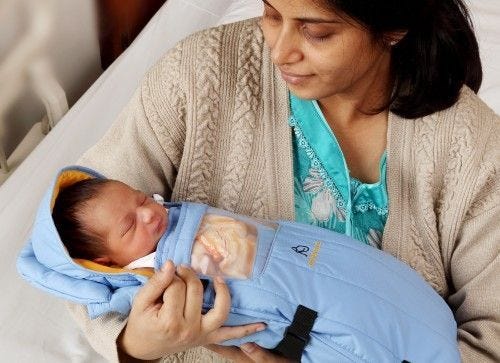 The Embrace Infant Warmer is light and portable so that the baby can be held in the mother’s arms or while during transportation. It is easily cleaned with soap and water, and can be reused up to 50 times. The device requires no electricity to work effectively, only hot water, and it costs a mere $200. This extraordinary device was developed in Nepal and has undergone clinical trials in several hospitals in rural, low-income areas of Asia. Embrace currently has programs in 11 different countries, and has reached over 50,000 premature infants.   Learn more about Embrace and how you can help save the life of an infant for less than the cost of a week’s worth of morning lattes by clicking here.