Walking down the aisle at a grocery store, you probably wouldn't guess how many of the items available on the shelves would not be there if it weren't for the U.S. Army. As a matter of fact, many food items that have become dietary staples for most American families exist only because of military research to create meals that would keep for longer periods of time.

Lets start at the beginning: in earlier history, food needed to be eaten quickly before it would spoil. This created a problem for soldiers of warring states who required enough food to sustain them while they were away from their homes without spoiling before they returned.

Different cultures tackled the issue of food preservation for army rations in different ways, but earliest methods almost universally required salting and/or drying foods. Adding salt to food as a preservative is a method that can be traced back as far as the Ancient Egyptians.

Salting food was generally done in one of two ways: either by burying meat or fish in salt, or leaving the food to soak in salt water brine. However, Mongol soldiers had a particularly interesting method of preserving their own food: placing their meat directly under the saddle of their horse. The salt from the horse's sweat, combined with the pressure of the rider's weight on the saddle created meat that was well preserved and would last a while. 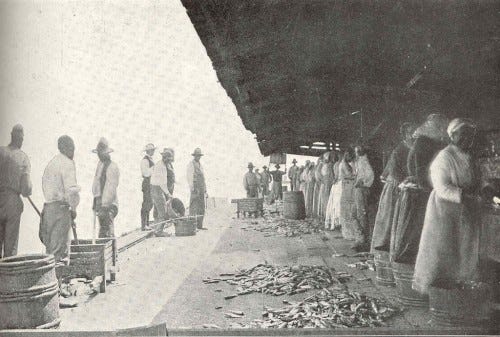 Salting herring to be preserved at a fish factory.
Image courtesy of Charles Hugh Stevenson [Public domain], via Wikimedia Commons

The method of canning food to be preserved was developed in the 19th century when the French government offered a large reward to anyone who could find an effective way to preserve army rations of food. This was a milestone moment for food preservation, but it was imperfect in that it could trap bacteria that would still allow the food to spoil.

In the 20th century the Natick Soldier Systems Center, an army research facility in Massachusetts, took food preservation to a whole new level. They not only created innovative, more effective and appetizing methods of food preservation, but they quickly made these foods available to the public in supermarket aisles. The reason behind giving food manufacturers the technology to make their products last longer was military preparedness - after WWII, the U.S. Army realized the importance of creating food markets that could be converted to military rations at a moment's notice.

One of the biggest technological developments in food preservation was high pressure processing (HPP), which eliminates the need for artificial preservatives in some food items. This method works by applying such a tremendous amount of pressure to foods that it sterilizes them by killing any bacteria present. This method is used for preserving many foods we commonly eat, from supermarket guacamole to cold cuts and deli meats. 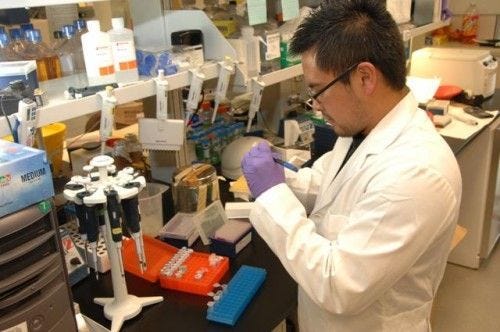 Image courtesy of the National Institutes of Health. [Public domain], via Wikimedia Commons

We can thank military food research for about 50% of the products we see in a typical American supermarket. Power bars were originally invented as a long-lasting food that would quickly give soldiers energy and nutrients they needed. The dehydrated cheese powder used in almost every box of mac and cheese from the grocery store is a product of the Natick Solder Systems Center's research. Cheetos, goldfish, and packaged juice boxes can keep without spoiling for an almost absurd amount of time - they all find their roots in military food research.

Many of America's favorite foods exist only as a result of the immense research done by the U.S. Army research facilities. Much of the food we consume was originally created with the intentions of improving army rations during times of war, not for feeding the general public. And yet, the U.S. Army subtly pervades almost all components of our diets. Even the most unassuming foods - such as fresh fruits and vegetables from the produce aisle - are usually packaged in containers or wrappers that were developed as a result of military research. 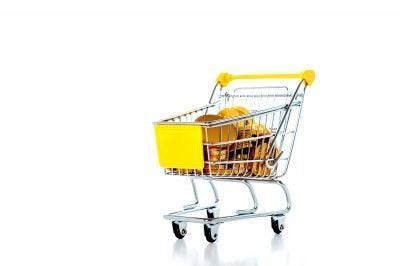