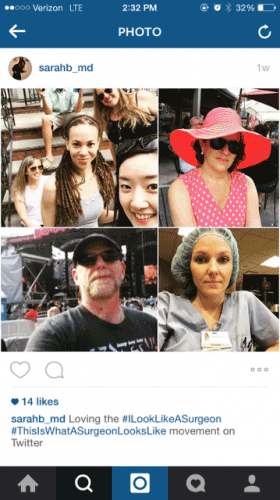 The story of #ILookLikeASurgeon starts with Dr. Heather Logghe, who was able to tap into the power of social media to highlight the diversity of the surgical field. After witnessing the success of the hashtag #ILookLikeAnEngineer, Heather was inspired to create a similar campaign to empower her female colleagues in surgery. Heather’s initial tweet challenged other female surgeons to own the hashtag and post pictures of themselves so that the world could see what surgeons really look like. What happened next was an outpouring of international support as women surgeons and surgical residents across the globe embraced the opportunity to smash stereotypes within their field. Women in the surgical field can sometimes feel out of place in a male-dominated industry. Females in medicine often face gender-specific challenges that may deter them from their true passion and desired career. One study from the American Journal of Surgery shows that 68% of female new doctors believe that surgery is not a career that welcomes women. Women who become surgeons often face sexism and feelings of being unwelcome. Some women have even been told to their face that they “don’t look like a surgeon”. By the year 2009 females made up only 19% of the surgical workforce. So as you can see, gender stereotypes can have a real impact on the career path that one chooses, and the goal of this social media hashtag is to showcase the true diversity of those who have chosen surgery as a profession and eliminate sexism in the field. 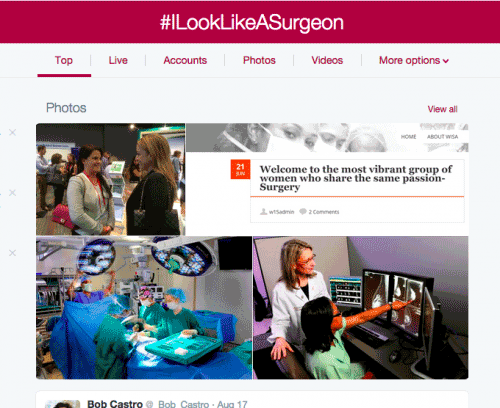 All around the world, surgeons and surgical residents have taken this hashtag and truly owned it, sharing countless beautiful pictures that highlight diversity in appearance, ethnicity, and gender. Surgery does not have a single face, gender, or race. This simple hashtag has inspired and empowered countless women in medicine to break past pervading gender roles and embrace their personal achievements while celebrating who they are. #ILookLikeASurgeon has garnered an amazing show of support from the community. It has been promoted by the Association of Women Surgeons, been featured in national and local news circuits, and even inspired a new trending hashtag for celebrating diversity in medicine: #ILookLikeAUrologist.

It is truly inspiring to see women in medicine all over the world stand up and take pride in their unique identities as they recognize their achievements in getting where they are today. At Medelita we tip our hats to all you remarkable women.