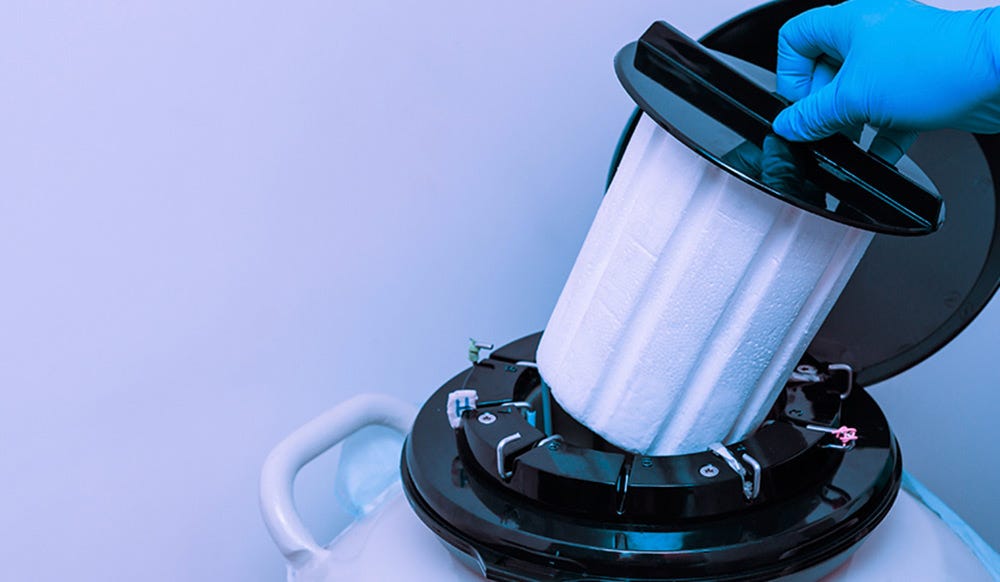 In vitro fertilization is a highly sophisticated, meticulously timed procedure, which involves removing a ripened egg or eggs from the female's ovary, fertilizing it with semen, incubating the dividing cells in a laboratory dish and then replacing the developing embryo in the uterus at the appropriate time.

In the cases of divorce, custody, or possession, IVF can make legal matters extremely complex and oftentimes challenging to make clear definite rulings on.

One such example is the story of a British woman who passed after freezing her eggs. In 2011, just before her death from bowel cancer, a woman had her eggs frozen. Her 60-year-old mother, known only to the public as “Mrs M”, wanted to undergo fertility treatment using her daughter’s frozen eggs via IVF, but a UK high court ruling declared that she would not be allowed to move forward with the procedure.

“It was clear [her daughter] wanted her genes to be carried forward after her death,” Mrs. M told the court.

According to the woman, her daughter, who was 28 when she died, had said: “I want you and Dad to bring them up, they will be safe with you," as seen in a statement released at the time of the ruling.

The Human Fertilisation and Embryology Authority (HFEA) had concluded there was not sufficient evidence to prove that her deceased daughter wanted her mother to carry her children, as claimed by Mrs. M, but she was granted permission by the court of appeal to challenge the high court decision in February.

Jenni Richards QC, who represented Mrs. M and her husband, said that “all available evidence” suggests that the deceased would have wanted her mother to carry her child.

In a counter-argument, Catherine Callaghan, counsel for the HFEA, had argued it was not the court’s role to make a decision on whether or not Mrs. M should be allowed to use her dead daughter’s eggs in fertility treatment, though she acknowledged it was natural to feel sympathy for parents wanting to keep their child’s memory alive.

Mrs. M hopes to travel to New York to seek IVF treatment using donor sperm if the eggs are released by HFEA. Mrs. M aims to fulfill the dying wish of her beloved and only child, and fears the eggs will perish soon if permission is denied.

According to HEFA, they will reconsidered the case as soon as possible.