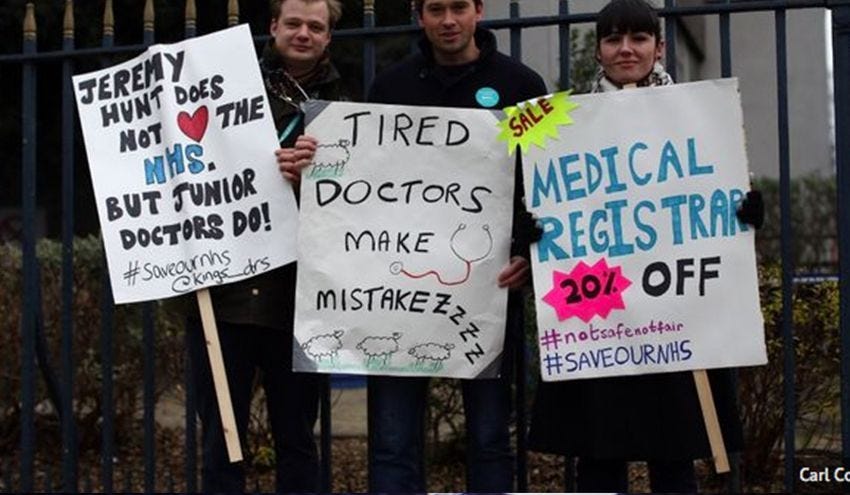 Junior doctors in UK have staged their second walkout of the year, a 24-hour long strike after government legislators were unable to come to a resolution with the British Medical Association (BMA) regarding increased pay for weekends and evening work hours. 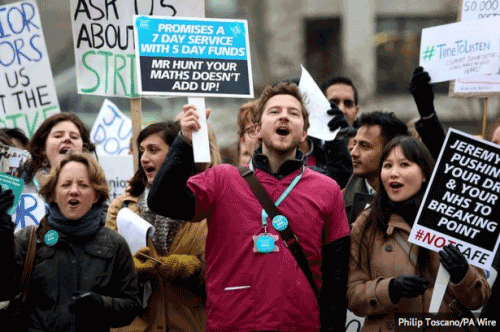 Junior doctors in the UK and their supporters have been using the hashtag #JuniorDoctorsStrike to express their solidarity throughout social media platforms. The doctors' discontent stems from what they consider to be a basic lack of respect for healthy work-life balance by the UK government and the health secretary, Jeremy Hunt.

Many feel that the junior doctors' strike could have been avoided if the Department of Health had been willing to accept the BMA's compromise for a "cost-neutral" plan that would have increased doctors' pay for anti-social hours in exchange for cutting premium pay. Health secretary Jeremy Hunt has avoided public comment regarding his role in the decision to veto the BMA proposal, though accusations have surfaced that he was the only government official to reject it.

The general public has largely fallen into support of the junior doctor's movement. Public respect in Britain for doctors is very high and many feel that the government's "mishandling" of these negotiations is a symptom of larger issues regarding workers' rights. Former National Health Services chief executive Nigel Crisp has commented, saying "This isn't...just about the technicalities of the dispute. I think this is about junior doctors feeling undervalued, unloved and not cared for."