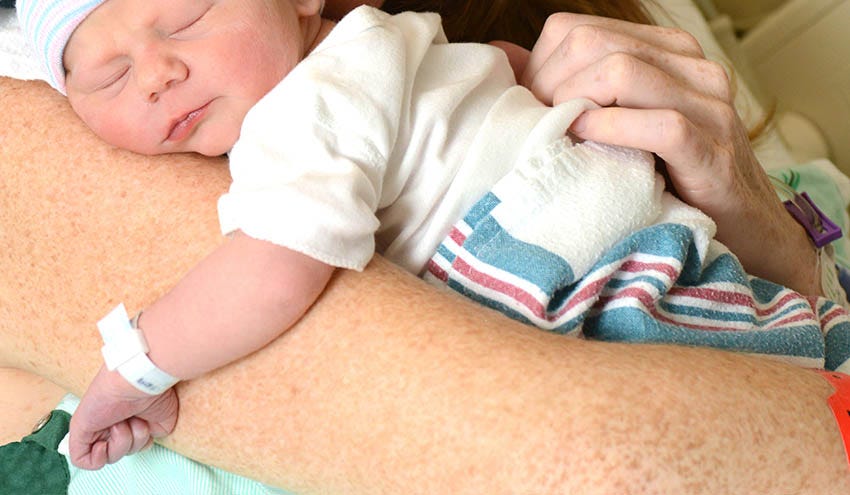 Data from the CDC shows that approximately 1.3 million women underwent a cesarean section operation in 2010, an alarming statistic that indicates over a third of new mothers in America are delivering their babies through this major invasive surgery. This marks a record high for the operation, which has risen by 53% between 1996 and 2007, and pushes cesarean section operations to the position of most common surgical procedure performed in American hospitals.

The current rate of c-sections performed is about 50% higher than the rate recommended by the WHO, which indicates that there are more patients undergoing this operation than what is medically necessary. In the case that a new mother undergoes a cesarean section without a medical need, there are no proven benefits for the child or the mother (as opposed to natural birth) and can result in short and long term health risks, as with any major surgery, according to Becker’s Hospital Review.

Post-op complications for a patient undergoing c-section surgery include hemorrhage, damaging other organs, causing internal bleeding, blood clots and infection. Unsurprisingly, these complications are three times more likely to occur with cesarean deliveries than they are with vaginal deliveries. Furthermore, C-sections have both health and fertility risks for mothers who plan for subsequent pregnancies. So if the risks are so much higher comparatively, why is the surgery so common?

Neel Shah, MD, assistant professor of obstetrics, gynecology and reproductive biology at Harvard Medical School, believes that the rate of C-sections correlates with the institutional procedures spelt out by the administration of the given hospital. He said:

“There is incredible variation in C-section rates from hospital to hospital. It ranges from 7 to 70 percent of births,” Shah said, “which indicates the greatest risk factor for a woman to have a C-section may be the hospital she goes to — not her own risks or preference — but which door she walks through.”

While there is currently no cut-and-dry solution to this problem, Shah, among other healthcare professionals, is looking for a way to improve the low-intervention rates by bringing to light the inherent problem that exists within the way the hospitals are being operated.

Shah advises for institutions with high C-section rates to look hospitals who are performing with rates closer to the standard of the World Health Organization recommendation. He said:

“We have to look at the people who are doing well and spread those ideas to other places... How labor and delivery units are managed is different from place to place, and we have never characterized what those meaningful differences are. That's the work that will show us what makes a high-performing versus a low-performing hospital on C-section rates.”

In his final thoughts, Shah also noted that nearly 20,000 surgical complications occur every year, resulting in preventable healthcare costs that amount to over $5 billion. This is not only money that could be saved, but it is also pain and suffering that could have been prevented.