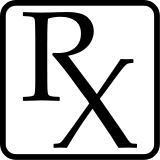 We know that Rx (Rx) represents prescription medication, but do you know the origins of this everyday symbol? The origin of Rx is actually a subject of debate. A popular (but rather unromantic) theory suggests that it is an abbreviation for the Latin word 'recipere', which means recipe or 'take'. As such, when a medical practitioner writes a prescription beginning with " Rx ", he or she is completing the command to take whatever medication is recommended. 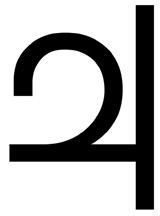 Another theory suggests that Rx is derived from the ancient astrological symbol for Jupiter. The use of this sign originated in the Middle Ages, when doctors believed that the planets influenced Health. Jupiter, named after the Roman king of the gods, was thought to be the most powerful of all the heavenly bodies in curing disease. In 1910, William Osler wrote, “In a cursive form it is found in mediaeval translations of the works of Ptolemy the astrologer, as the sign of the planet Jupiter. As such it was placed upon horoscopes and upon formula containing drugs made for administration to the body, so that the harmful properties of these drugs might be removed under the influence of the lucky planet.”

The final theory leaves the Romans in the dust, or rather sand, to take us to Ancient Egypt. Some claim that Rx has in fact evolved from the Eye of Horus. Horus was the son of two of the main gods in Egyptian mythology, Isis and Osiris. Horus had an evil uncle, Seth, who murdered Osiris, and Horus killed him to avenge his father's death. During the fight, Seth plucked out Horus' left eye and tore it apart. Thoth (the Egyptian god of wisdom and magic) found the eye, pieced it together, and added some magic. He returned the eye to Horus, who in turn gave it to his murdered father Osiris, thereby bringing him back to life. The Eye of Horus was therefore considered a powerful symbol, worn as an amulet to ensure good health and ward off sickness. The truth of the origins of the Rx symbol may never be proven without a doubt, with theories ranging from the practical to the mystical. What do you think?