Reports from the Association of American Medical Colleges (AAMC) have projected that the U.S. will have a shortage of up to 90,000 physicians in the next 10 years. This massive gap between supply and demand of physicians can be traced to two major trends: the Affordable Care Act and the aging of America’s baby boomer generation. 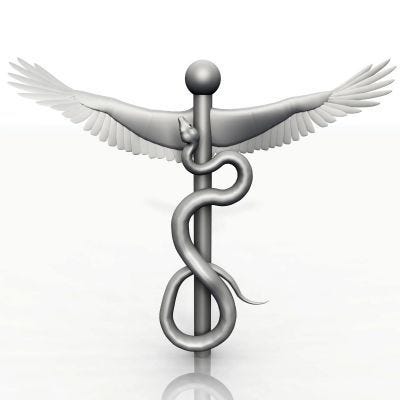 The Affordable Care Act, popularly referred to as Obamacare, was passed in March 2010 and began implementation in 2013. The largest healthcare overhaul in the U.S. since the creation of Medicare and Medicaid in 1965, the ACA has now provided health insurance for nearly 30 million Americans. In the last two years, 16 million Americans received healthcare through enrollment in ACA health exchanges. The ACA unquestionably shook up the landscape of healthcare in a myriad of ways, but the rapid influx of insured patients has caused some to question whether the current infrastructure of healthcare can support the explosion of new patients. With the passage of the Affordable Care Act, the number of patients seeking healthcare spiked dramatically—but the number of physicians stayed the same, leaving many primary care physicians overwhelmed and overburdened, wearing their white coats for longer hours more days a week and increasing instances of physician burnout.

Among surgeons, pathologists, geriatricians, and other specialists, pressures of increasing demand are anticipated to grow as the aging baby boomer generation is clamoring for healthcare to treat chronic illnesses. According to the U.S. Census Bureau, in 2010 there were 40.3 million Americans aged 65 and older; current projections show that by 2050 this population will grow to up to 88.5 million. The aging of this huge population is putting a strain on the shortage of physicians who specialize in these areas of care. The large deviation in supply and demand for care of chronic illness associated with aging is twofold: not only is there an increase in the number of aging citizens, but the physician workforce itself is made up in large part by baby boomers who are reaching retirement and leaving the profession.

Despite these two overwhelming pressures driving the demand for healthcare in the U.S., the supply of physicians is not growing at an adequate pace. A large part of this is due to a , which are required to be completed before any medical student can become a private practicing doctor. Medical schools are doing what they can to increase enrollment—according to the AAMC, U.S. medical schools are aiming to reach a 30% increase in student enrollment by the year 2019. Medical school class sizes have been expanding, but these efforts are in large part restricted by the Balanced Budget Act of 1997, which stipulated that annual Medicare expenditures for residency programs cannot exceed $9.5 billion. Although twenty new medical schools have opened since the passage of that legislation, the federal budget cap for residency programs has not been raised.

In 2013 more than 20,000 students enrolled in their first year of medical school; that same year over 500 medical school graduates went unmatched in residency programs due to the shortage of residency slots available. In 2014, there were 369 medical school graduates from Iowa and only 238 residency positions available. 131 of these graduate had to seek their residencies elsewhere. Some states are recognizing the need to increase their residency programs—in 2013 states such as New York, Pennsylvania, and California all took in more medical residents than they trained within their states. This collaborative effort to get medical graduates into residency programs solves part of the physician shortage problem, but another issue is that medical residents are much more likely to stay and practice in the state in which they completed their training—leaving some rural states with a shortage of physicians due to a state-wide shortage of residency slots.

The discrepancy between supply and demand of healthcare has left us with an immense shortage of physicians in the U.S., but the issue is too complex to be linked to any single factor of healthcare infrastructure. Certainly the shortage of residency slots must be addressed, but where must states step in to fill this gap? How much of a role should federally funded residency programs play, and by how much should the federal residency cap be raised? What about the fact that more and more medical students are tending to focus their education on high-paying specialties rather than under saturated fields such as family and primary care?

These are all questions that are daunting in their complexity. It is impossible to blame the current physician shortage on any single factor, but it is equally undeniable that the growing gap between supply and demand of medical services is putting a massive strain on the current healthcare infrastructure. These economic pressures are changing the healthcare landscape for patients, medical students, residents, and physicians.