This weekend thousands of anesthesiologists will flock to San Diego to hear lectures from featured speakers, attend educational lectures, and rub shoulders with industry leaders at the 2015 Anesthesiology Annual Meeting. To celebrate the coming together of anesthesiologists from around the world, lets take a look back on the development of anesthesia, an absolutely essential component of effective patient care.

The word anesthesia was coined in 1846 from the Greek word ‘an’, meaning without, and ‘aisthesis’, meaning sensation. Earliest anesthetics fell under one of two categories: soporifics or narcotics; the oldest known sedative is alcohol, used to dull pain as far back as the ancient Mesopotamian era. Early forms of anesthesia varied by region. Before opium was cultivated and introduced to the region, medical texts from ancient India and China advocated for the use of wine with incense of cannabis to induce a sedative state. Civilizations living in the Americas chewed on leaves of coca plants. Early Roman physicians used mandrake as an anesthetic for patients.

By the 18th century the most universal anesthetics were alcohol and opium, both of which were unable to completely dull pain and both of which came with their own set of unpleasant side effects, such as vomiting, addiction, and even death when administered in large doses. As the century turned, physicians and dentists began to experiment with gaseous chemicals such as carbon dioxide, nitrous oxide, and chloroform for surgical operations, but there wasn't a way to safely administer these (sometimes lethal) agents to effectively manage patients’ pain. 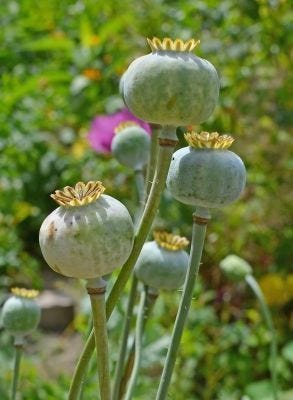 In 1846 a young dentist named William Morton performed demonstration of a jaw tumor removal operation using diethyl ether fumes from a sponge to anesthetize his patient. After the operation, the patient awoke and claimed to have no memory of the operation or pain, and Dr. Morton was hailed for his accomplishment. The dentist received international fame and praise, though some questioned whether he was truly the first practitioner to use ether to sedate patients prior to an operation.

By the mid-1800’s, ether was the most established anesthetic. After his successful demonstration, Dr. Morton developed a safe and effective device to administer ether fumes to a patient. This prototype was comprised of a glass flask filled with fumes and a wooden mouthpiece that acted as a valve to regulate gas flow depending on the patient’s state of consciousness. While Morton may not have been the first to discover the use of ether fumes as an anesthetic, he was indisputably the first to create an apparatus that safely regulated the amount of anesthesia inhaled. Eventually tracheal tubes were developed to control the airway passage and help patients’ breathing. 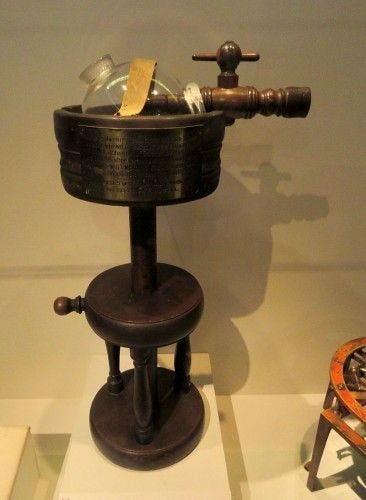 By the mid 1900's ether fumes were replaced by halogenated hydrocarbons and anesthesia began to be administered intravenously, which allowed patients to fall into a state of unconsciousness with great ease. Today, a wide variety of anesthetic agents are available and the technology used to administer anesthesia continues to evolve and improve in safety. Looking back at the origins of the specialty, it is hard not to be impressed by how far we have come. By conquering pain, anesthesiologists have managed to subdue the most instinctual fear of mankind - no small feat.

If you're going to be at the 2015 Anesthesiology Annual Meeting this weekend in San Diego, be sure to stop by booth #4512 to try on our latest scrubs and lab coat styles!