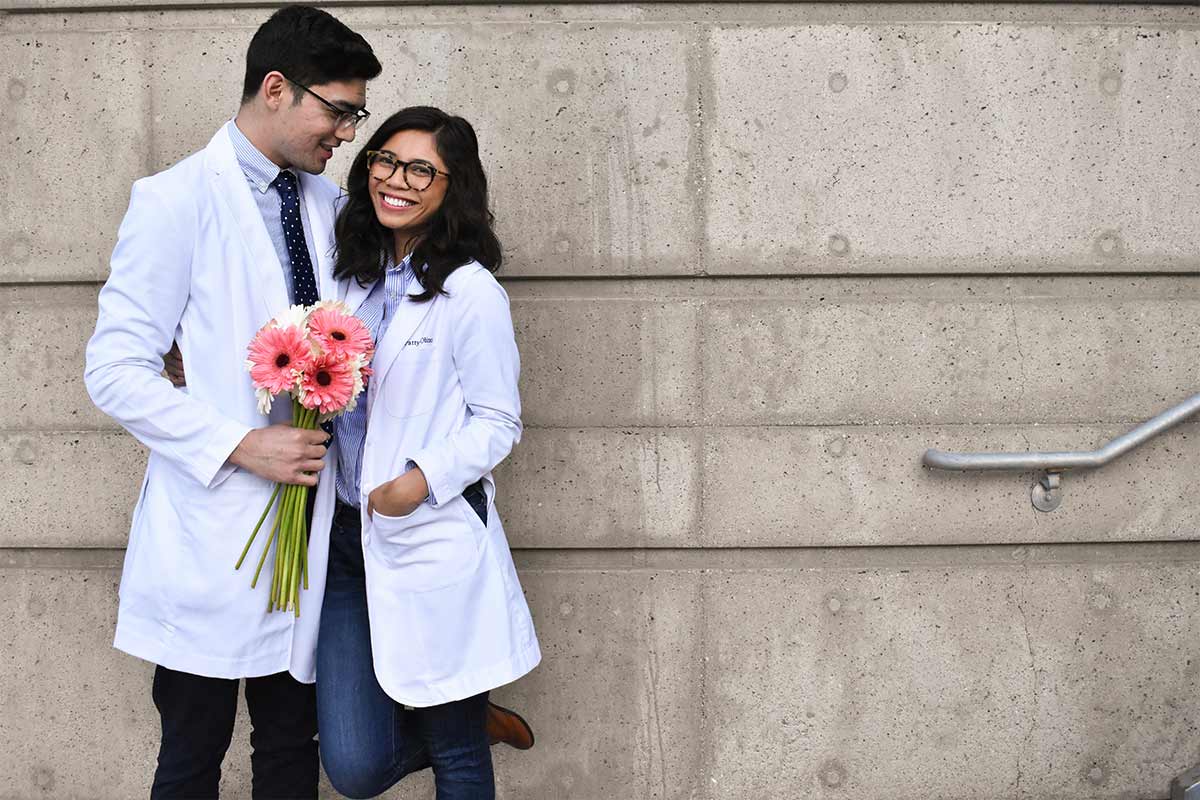 Our story begins a little something like this. Pre-nursing/pre-med girl meets pre-optometry boy during Filipino Club at Uni, and both gush over all things nerdy like o-chem, biology, physics, and calculus. Over the next year, we remained friends but over time, this blossomed into something much more special. We became physics lab partners-ish. Technically… we weren’t official partners, but I’d find my ways to mosey on over to his desk and slickly ask questions. We’d come to study regularly together over the next 2 years, gradually working towards both our dreams. Our romantic dates were composed of us in sweatpants and sweaters in the fluorescently lit library surrounded by books, notes, lots of stress, but never a shortage of smiles and laughter. Fast forward to the present day where we’ve both graduated and are alumni at the university where we first met. Through all of the hardships we faced together, we both earned our Bachelor’s Degrees: his in Biology and mine in Nursing.

Now, Raffi is studying at the school of his dreams in the highest ranked Optometry school in the world, UC Berkeley, and I was offered my dream job as a Labor & Delivery Nurse meaning all our dreams are coming true. The catch is: our dreams are approximately 200 miles away from each other.

There are many things that brought us closer together, but perhaps greatest of all is our shared drive for our dreams in the medical field. It’s been about half a year since we’ve started this long distance relationship (LDR). We always had an idea that perhaps someday we’d have to make sacrifices, but understanding those sacrifices and executing them hasn’t always been easy.

Through it all, here are some secrets to an LDR that we’ve learned the both hard way and also from the wisdom of those who have faced or are still facing the same struggles.

This is a tough one that also applies to non-LDR couples as well. It’s a sticky trap to fall into keeping tabs of who did this and how many times I did that. Relationships don’t revolve around a score and you aren’t competing over who loves each other “more.” The fact of the matter is, you two are on the same team and the ultimate prize is the success of your relationship. So throw away that mental score sheet and realize that one another has something unique to bring to the relationship.

If Your Significant Other is Busy, Don’t Mope – Stay Busy Too!

Healthcare is not only physically exhausting, but mentally draining as well. We’ve both come from a place where not only is it non-stop from 6 am- 5pm but the work (studying) comes home with us as well. Although we’re both busy, there are moments when one person may have a lot more on their plate than the other.

For example, I may be celebrating the end of a long school/work week but Raffi has an entire month of midterms. Naturally you’ll want to spend that free time talking to them, but they’ll need your understanding to have the space to study as well. One of the biggest tips that somebody told me was to stay busy too. That doesn’t always mean exhausting yourself and picking up more shifts, but spending time on the things that perhaps that you let slide before you got into a relationship.

Take that photography class you’ve always wanted to! Go to those early indoor cycling classes that perhaps you never got to try. Call up your friends to catch up over brunch. This is a perfect time to create your own identity while having the support of your s/o from afar. 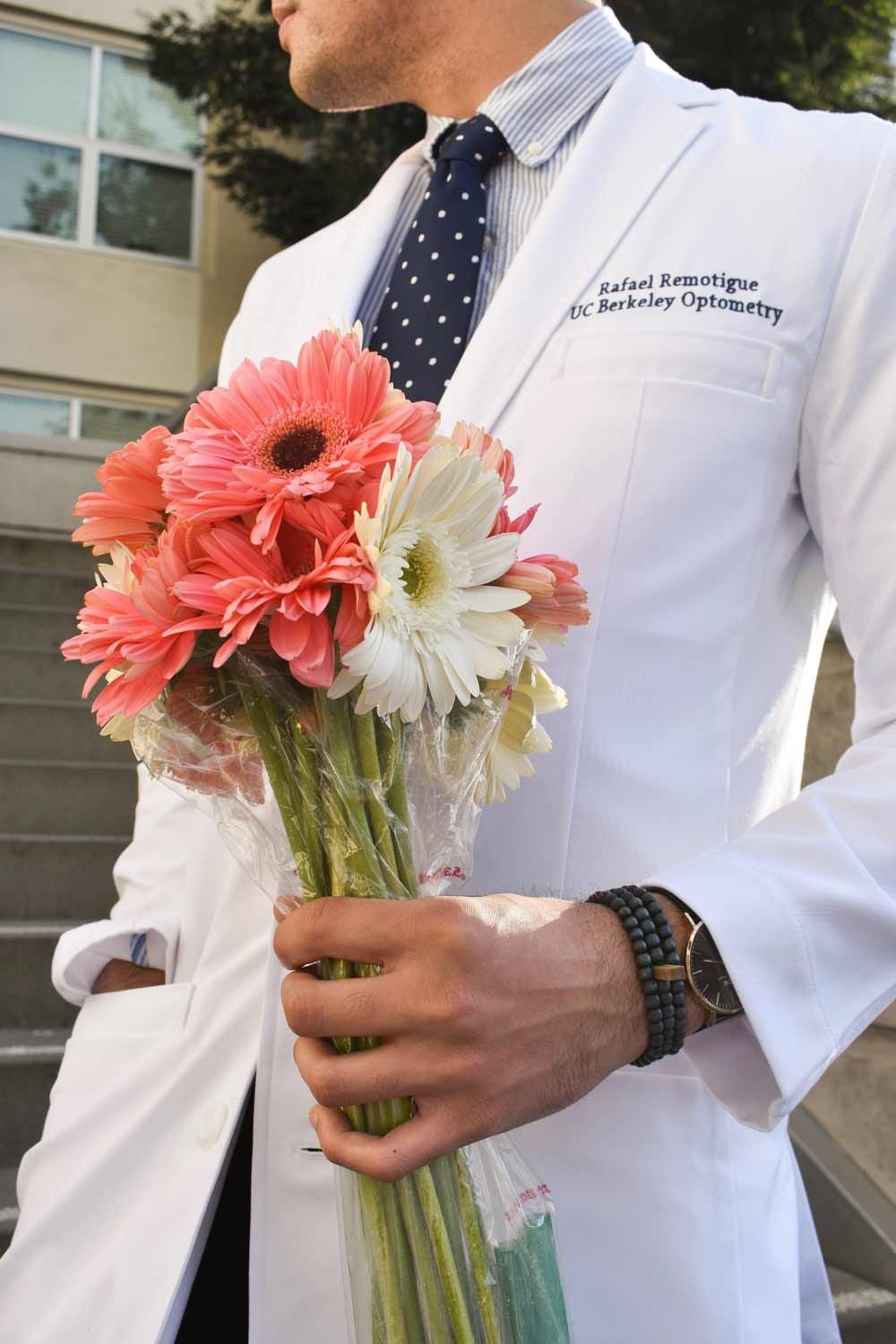 It’s more than saying how proud you are of them, but really take a step back and examine what it means to fully support them. Sometimes it’s simple but a huge gesture letting your s/o shine and study/work their heart out for awhile rather than spending all their free time on the phone. It doesn’t mean that you should neglect the other or settle for being neglected, but sometimes supporting their dream often means letting them have their space to shine independently.

Plan Your Next Vacation/Mini Trip

Ugh the dreaded goodbye after having those few days together can instantly make me cry a river. Something however, that makes the sting of goodbye less cruel is planning the next time you’ll see each other again. This may not always be the easiest, but picking a date and sticking to that will give you both a concrete period of time to look forward to seeing other again.

Face time, texts, and calls are definitely part of the essentials in this day-and-age but try to be creative using the beautiful world of technology too! Some ideas to make your s/o they’re on your mind can include the following.

• SNAIL MAIL: Nothing more romantic in my opinion than a good old-fashioned hand written love letter. This seems to be a lost art, but I guarantee that simple letter you took the time out to write will be much easier to retrieve then a text in your massively full inbox.

• USE POSTMATES OR UBER EATS: Remember those candy grams you used to send your friends way back when? So if a letter is little to archaic, this is a more modern version which appeals to both men and women alike. The best way to the heart is through their stomach amirite? As long as you know their address, you can send them little surprises such as dinner or a snack especially when your s/o is one to put their meals on the backburner on a busy day.

Find the Time No Matter How Small

Drop a call in between walking to class or going to the car. If they don’t answer, a voicemail will be just as cherished I assure you. Sometimes it’s not about hours on end on the phone, but just a little reminder that you’re in their thoughts and part of their day

And if you’re completely burnt out at the end of the day, something Raffi and I like doing is just staying on the phone through the night. May sound a little cheesy, but something about it makes you feel like they’re a little closer to you. Plus! THANK THE HEAVENS for unlimited data plans and not having to monitor our minute usage on cell phones. 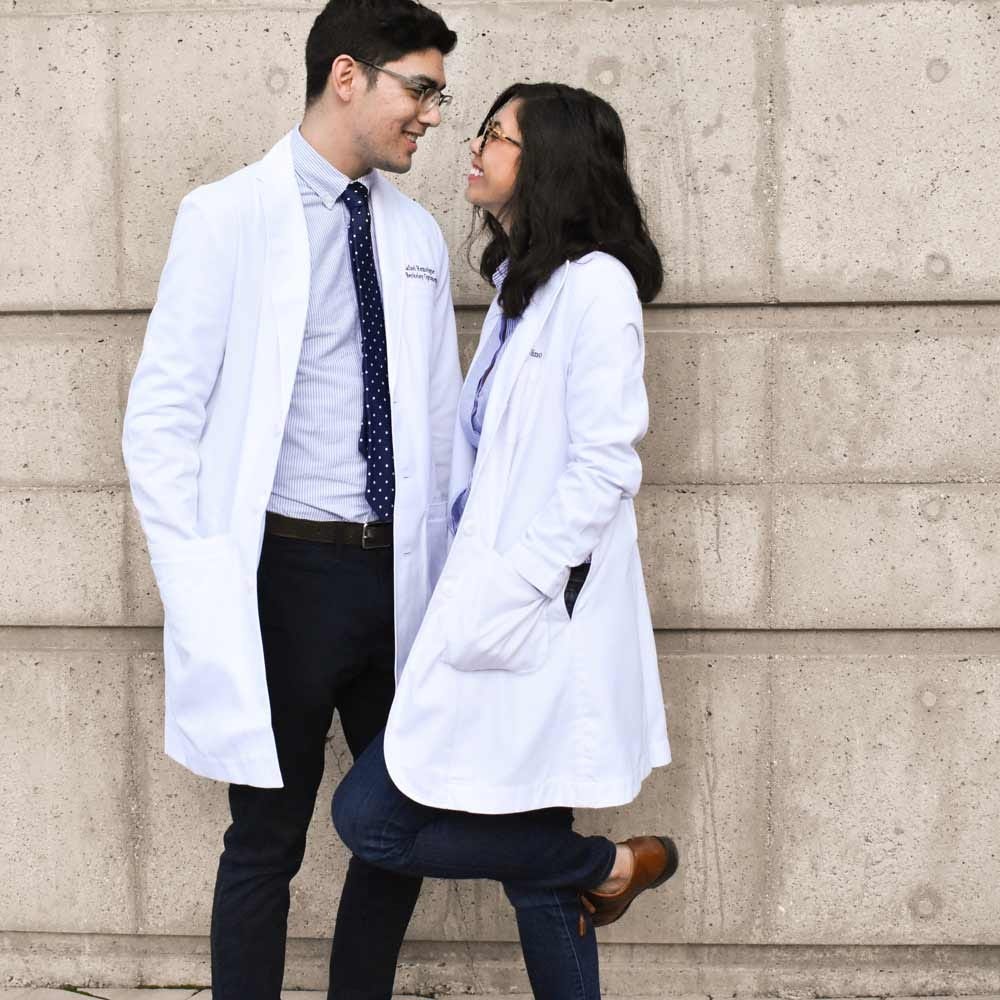 Surely this is easier said than done but it’s the most important. The biggest aspect of a successful LDR is being secure that your relationship can withstand the tribulations of being apart. Trust that they still feel the same about you even after being weeks, months, or even years apart. Trust that love is still there. Trust that regardless of the time or distance, the right person makes all of it worth it.