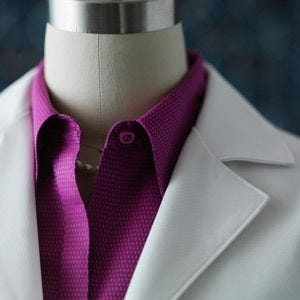 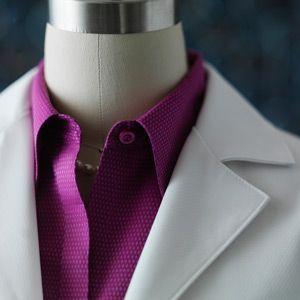 Brandname labcoats is a term that requires some definition. Obviously, every labcoat that’s produced has a brandname. What most people mean when they say brandname labcoat is a leading, premier,or premium brand of labcoat. The former category has many brands, the latter, very few. One of the companies that has received the most buzz in recent years within the brandname or premium category is Medelita https://www.medelita.com/ . Because the existing brands had product that was so similar, this relatively new medical apparel company, launched in 2008, for all practical purposes created the category of brandnamme labcoats. A visit to its website reveals numerous improvements they’ve introduced in an effort to provide clinicians with the kind of labcoats they’re demanding these days. They did have a unique advantage in identifying what those preferences were since Medelita was founded by one of them. As is sometimes the case when a product line satisfies pent up demand for demonstrable improvement, in some institutions, we hear they’ve developed almost a cult-like following. But brandname labcoats like the men’s and women’s collections found at Medelita and Medelita Mens serve another useful purpose. They provide a benchmark by which other brands can be measured – to quantify both tangible and intangible attributes, such as fashion, fabrics, fit, function and value. If you’re seeking brandname labcoats, one brandname you may want to consider is Medelita.
Back To The Team