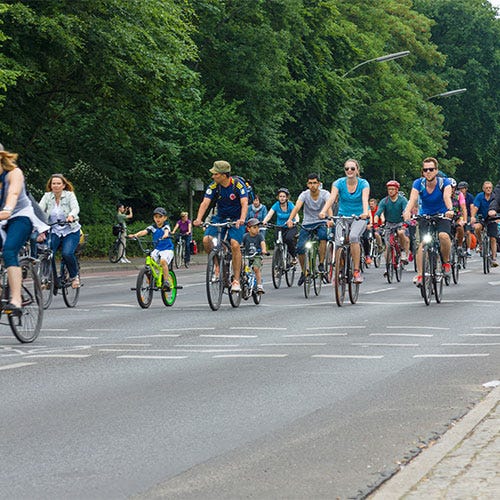 The healthiest cities in the U.S. tend to have these two things in common; lots of open space and tons of farmer’s markets! Top cities promote physical activity by developing great parks, recreation and fitness centers, and residents do their parts by taking their daily veggie consumption very seriously.

Now to find out if/where your city ranks, here are the Top 5 Healthiest Cities In The U.S.:

#1 Minneapolis, Minn.
Minneapolis residents are less likely to smoke and more likely to walk or bike to work -- during summers at least, meaning they are less likely to have cardiovascular disease, diabetes, and asthma and are more likely to be in excellent or very good health. The Twin Cities maintain an open-air environment promoting activity by setting aside a high percent of the city as parkland, offering plenty of ball fields, tennis courts, playgrounds, dog parks, golf courses,and recreation centers. During their notoriously cold winters, residents keep the burn going with snowsports and lots of fitness centers.

#2 Honolulu, Hawaii
No need to roll your eyes - yes, this place is on the list. There is a law in Hawaii that says all residents must “think and emote good feelings,” a concept that Native Hawaiians call the “aloha spirit” making it Hawaiian cultural tradition of looking out for one another’s health and well-being. Plus they’ve got really great food!

#3 San Francisco, Calif.
Known as the birthplace of the farm-to-table movement, San Francisco is all about the farmer’s market because of its year-round ability to grow produce. Locals not only have the chance to eat healthy food all year but are known for maintaining a healthy body weight. All those hills can’t hurt either.

#4 Denver, Colo.
Denver ranked high in the health of its residents, 61 percent of whom are ranked as in "excellent or very good" physical health. Cardiovascular disease rates are lower than average (altitude, anyone?) and Denver residents are less likely to be obese, have diabetes, have asthma, or die of heart disease. Denver boasts plenty of golf courses, dog parks swimming pools, and tennis courts, but surprisingly was cited for having fewer acres of parkland per capita than similar cities.

#5 Seattle, Wash.
Seattle is the yoga capitol of the U.S. Even the Seahawks have embraced yoga and meditation in their training methods. Seattle residents are huge fans of biking, with over 15,000 bike commuters on the street, and about 10% of residents commute to work by walking. In addition, farmer’s markets are huge. The famous Public Market in Seattle is a major attraction but definitely not the only farmer’s market you’ll find in the city. Its eclectic display of people, entertainment, and activities help make Seattle a fit city with a hip personality.