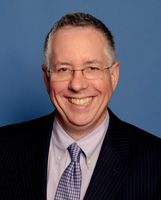 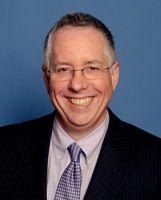 Lawrence (Larry) Herman, MPA, PA-C, serves as the president-elect for the American Academy of Physician Assistants. As an active AAPA member, Herman held multiple appointed and elected positions within the organization and is a Distinguished Fellow of AAPA. Herman is a tenured Associate Professor and Director of Primary Care Initiatives in the Department of Physician Assistant Studies at the New York Institute of Technology and has received multiple awards for teaching, scholarship and service. He began his career practicing emergency medicine and most recently has practiced family medicine and urgent care. Herman has given more than 100 presentations at international, national and regional conferences and authored chapters of professional books and several peer-reviewed articles in major physician and PA journals, including The Journal of Emergency Medicine, American Family Physician and the Journal of the American Academy of Physician Assistants. His research interests include health promotion and disease prevention focusing upon cancers, cardiac disease, diabetes, as well as health care work force issues. Herman earned his bachelor’s degree as a physician assistant at the State University of New York at Stony Brook and a master’s degree in public administration in Health Care Finance and Hospital Administration at Long Island University. He lives in Huntington, N.Y., with his wife Debora.