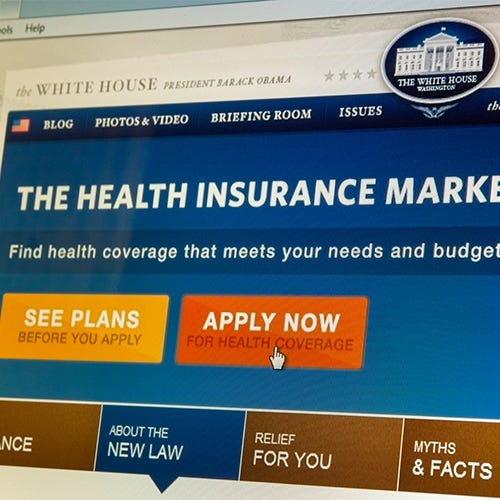 Earlier this week UnitedHealth, the largest health insurer in the nation, announced plans to exit from the majority of state health insurance exchanges by 2017.

Beginning with the states of Michigan, Georgia, and Arkansas, UnitedHealth plans to phase out coverage and will ultimately cease to participate in ACA exchanges in all but a few states, explains CEO Stephen Hemsley. Citing the higher risks associated with these smaller exchanges in the short term, UnitedHealth has expressed its inability to function effectively on a sustainable basis in these markets.

The news is hardly surprising considering that UnitedHealth is expected to lose $500 million on the ACA exchanges this year - following the $475 million loss reported last year. David Wichmann, Chief Financial Officer of the company, also added that the number of UnitedHealth's public exchange members is expected to drop from nearly 800,000 to 650,000 by the end of the year.

This announcement comes as a major setback for President Obama's Affordable Care Act, the president's single biggest legacy. The law was aimed at revamping America's beleaguered healthcare system, but with UnitedHealth exiting the ACA insurance exchanges, residents in states such as North Carolina, Nebraska, Iowa, Arizona, and Alabama will likely be forced to pay higher premiums.

However, the spokesperson for the Department of Health and Human Services, Ben Wakana, states that President Obama's administration remains optimistic:

"We had anticipated that issuers would both enter and exit states and make modifications in the initial years. One insurer exiting does not reflect the growing nature of the business and the vigorous demand for the product by consumers."

With Humana merging with Aetna and Cigna merging with Anthem, the number of insurance giants in the industry is dropping. Such consolidations often spell bad news for consumers; however, Cynthia Cox of the Kaiser Family Foundation does not anticipate that they are the death knell for Obamacare. She states UnitedHealth has always been more guarded about the ACA market, claiming that these exchanges are more expensive. With UnitedHealth exiting, the state exchanges will see greater participation from insurers such as Centene who target Medicare and Medicaid plans.