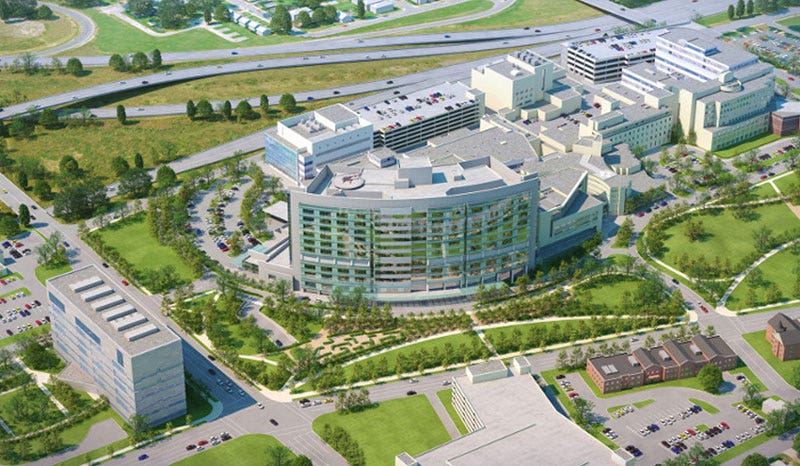 Have you ever found yourself lost in a maze of corridors at a modern healthcare complex? Do the signs in hospitals make no sense to you? Does finding your way to your doctor's office add to your stress? You are not alone. The medical community has even coined a specific term for this problem: Wayfinding.

Consider this: UAB Medicine is scattered over a mind-boggling 100 city blocks. This medical center, part of the larger University of Alabama campus, is housed in a gigantic complex that takes up a quarter of the central business district in downtown Birmingham. It's no wonder that finding the right office or even the right building in 4 million square feet of hospital space is like looking for a needle in a haystack. Patients and visitors, who are already under considerable stress, routinely find themselves hopelessly lost and wandering around disoriented. And the problem is not limited to first-time visitors alone. Regular patients also suffer from wayfinding issues because offices move around, new buildings are added, and the campus grows over time, making a time-tested navigation route confusing.

"'Wayfinding' can be detrimental to the health system's reputation due to poor patient satisfaction and complaints with the HCAHPS."

According to Barbara Huelat of Huelat Davis, a Virginia firm specializing in healthcare architecture and design, wayfinding is fundamentally a design problem. Theoretically, it's quite simple - a person must get from point A to point B - but in reality, people and even hospital staff are not always sure where in fact point A and point B are. Deloitte Digital reports that nearly one-third of first-time visitors to hospitals get lost and approximately a quarter of hospital workers are confused about the location of critical locations in the hospital.

Wayfinding is not a problem that affects only patients and visitors to a hospital. It can be detrimental to the health system's reputation due to poor patient satisfaction and complaints with the HCAHPS (Hospital Consumer Assessment of Healthcare Providers and Systems). Moreover, hospitals lose millions of dollars each year due to late arrivals and missed appointments, some of which may be attributable to wayfinding. For every patient who is late, not only are staff members left waiting idly, but the schedule gets backed up, leading to an inefficient workflow and overall patient and staff dissatisfaction in the department. In addition, patients wandering through hospital corridors and asking repeatedly for directions take up the valuable time of healthcare workers. An analysis at Atlanta's Emory University found that wayfinding was costing the institution more than $200,000 every year. 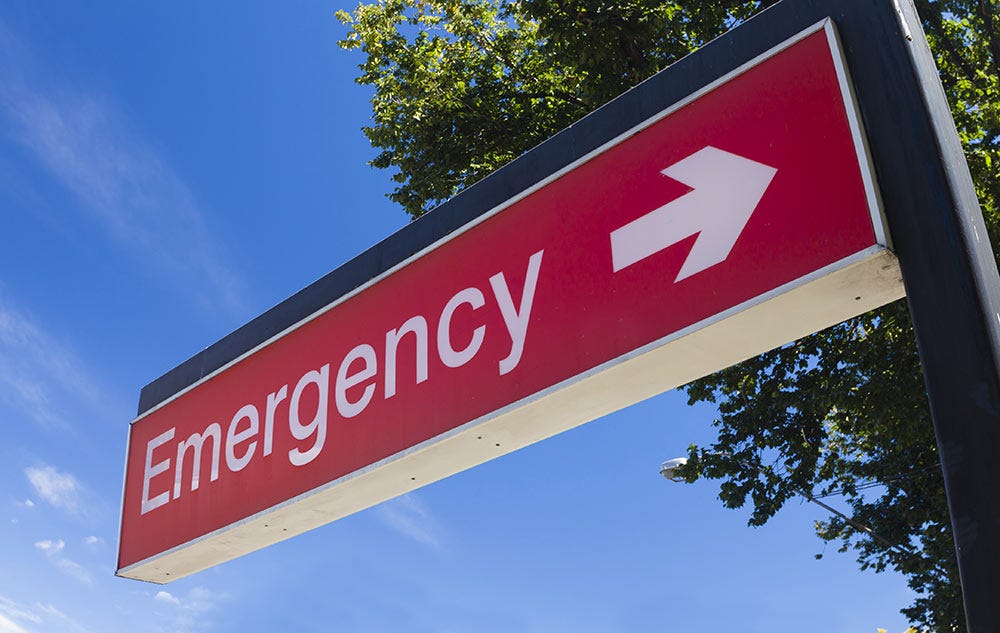 So what is the solution? One study found that large signs in public areas pointing to commonly visited locations such as the cafeteria and restrooms brought down directional demands on staff. Signage is an effective way to circumvent the wayfinding issue and help visitors, patients, and staff quickly find their way to their destination without experiencing stress, both physical and psychological, says Dr. Janet R. Carpman of Carpman Grant Associates, a consultancy firm that specializes in wayfinding.

"Nearly one-third of first-time visitors to hospitals get lost and approximately a quarter of hospital workers are confused about the location of critical locations in the hospital."

A competent wayfinding system is designed to guide people seamlessly through the complicated hospital environment. In addition to signs, maps, and landmarks, the front desk plays a vital role. Pre-visit directions and information at the hospital's front desk, as well as volunteers to guide visitors, can address the wayfinding problem effectively.

Typically, wayfinding is not given due consideration when the hospital building is being designed. The problem is addressed only once the offices become functional. According to Dr. Ann S. Devlin of Connecticut College, a professor of psychology and a specialist in wayfinding, overlaying wayfinding systems on existing buildings and not paying enough attention to them in advance is the root of the problem. Simply allotting buildings and offices with alphanumeric labels (for example, building A3, entrance B) is not enough to help stressed-out patients, who sometimes have limited cognitive ability, to navigate the intimidating hospital environment.

Inconsistencies in directions are another frequent problem that Huelat encounters. At one healthcare center, the firm found that although the cancer center and the family practice offices were located adjacent to each other, patients headed for the family practice building nearly always found their way whereas patients trying to find the cancer center often got confused and disoriented. A wayfinding analysis revealed that employees responsible for giving directions to the cancer center were offering a confusing, circuitous route that confounded many patients.

"An analysis at Atlanta's Emory University found that wayfinding was costing the institution more than $200,000 every year."

Thus, Huelat suggests consistency as a possible solution to wayfinding problems at a hospital. Focus groups should work with registration and front desk staff and provide them with scripts so that every patient gets the same simple, direct navigation routes. The use of consistent terminology by all staff members is an effective way of creating order in the complex healthcare system.

Finally, an optimal wayfinding system addresses the problem of parking. Many visitors to large healthcare institutions find themselves confused about where to leave their car. Patients get lost in multi-storey parking structures before they've even found their way into the building. An optimal guidance system should, therefore, ideally direct the patient from the true starting point, the patient's home, to the final destination, the doctor's office.