Every day, doctors and PAs (including you!) come across a number of puzzling illnesses. But only a few are as strange and perplexing as these. We’ll call these the top five for now, until we hear yours . . . 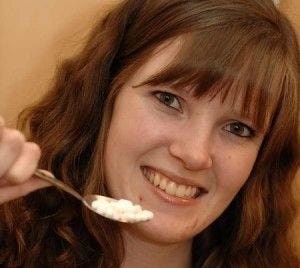 The Teenager Who Can Only Eat Tic Tacs Adherance to the food pyramid is definitely not an option here. Natalie Cooper, a 17-year old teenager, happens to have an illness that prevents her from eating almost all foods. What is even more interesting is that Natalie always gets sick whenever she eats anything except for . . . Tic Tac Mints! For reasons no health care professional can explain, Tic Tacs seem to be the only edible thing she can stomach, which means that she gets the rest of her nourishment through a PEG tube. Hopefully they sell Tic Tacs at Costco . . . The Woman That Collapses Every Time She Feels Emotion (of any kind!) I’d be curious to hear if you’ve heard of this before - a disorder that causes a person to experience syncope right on the spot whenever she feels any type of strong emotion such as anger, awe, fear, surprise and even embarrassment. This disorder is called cataplexy, and Kay Underwood is a sufferer. The 20-year old woman from England was diagnosed with this perplexing disorder 5 years ago and has been known to collapse over 40 times in just one day. In addition to collapsing every time she feels an intense emotion, Kay also tends to drift off to sleep without warning – even while she’s walking down the street. Hmmm . . . The Little Boy Who Couldn’t Sleep Rhett Lamb is just like many toddlers – cranky and extremely active. But there’s one thing that sets him apart from the rest: Rhett is unable to sleep (!). Obviously extremely rare, this little boy is awake for almost 24 hours a day, forcing his parents to split shifts of watching over him while he is in sleep-deprive mode. This condition has puzzled (and I imagine frustrated) his parents and doctors for years. After a good number of conflicting opinions, they finally found out what was ailing the child. Specialists diagnosed Rhett with a disorder called chiari malformation (this rang a bell to our Founder), wherein the brain stem – the portion of the brain which controls speech, sleep, cranial nerves, circulatory and breathing system – is squeezed, compressed and strangulated into the spinal column, impeding its ability to function normally. Now that sounds stressful. 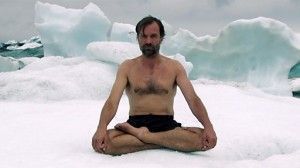 The Man Who Never Feels Cold He may seem like a street magician doing some extreme tricks, but Dutchman Wim Hof, otherwise known as the Iceman, can withstand incredibly cold temperatures. He can swim under ice and stand in bins filled with ice cubes. He even climbed the icy-cold Mont Blanc in France without putting anything on but shorts! He has set world records and is always on the lookout for new challenges. Experts cannot really explain how the Iceman does this, but he can certainly withstand cold temperatures that are typically fatal to the average person. No Patagonia gear for him . . . So we’re anxious to hear yours. What cases have you had that top this list?