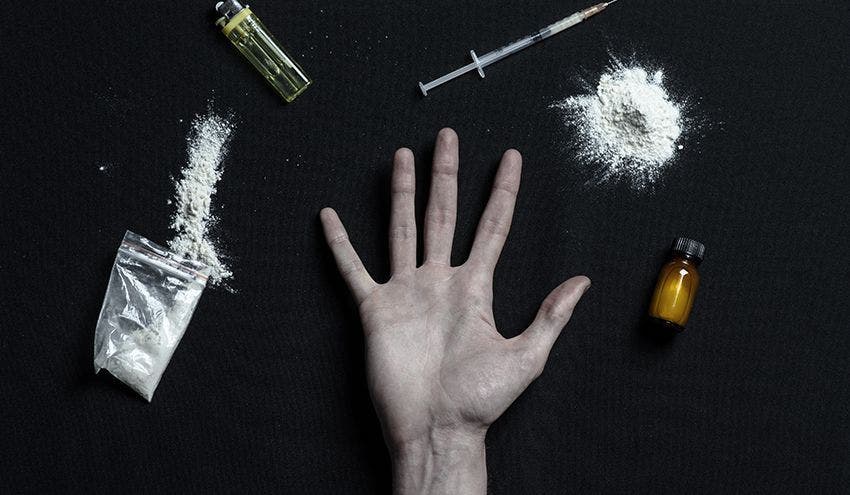 The word "addictive" seems relatively straightforward, but there are actually a number of factors that must be weighed to assess how addictive a substance is. Do we measure adictiveness based on how pleasurable the drug is? How severe the withdrawal symptoms are? How much dopamine levels in the brain are activated by the drug? How easy it is for someone to become addicted?

These factors are given different levels of importance depending on the person, so the scientific community doesn't have a unanimous answer that everyone can agree is definitively the most addictive drug. Some researchers even argue that no drug is always addictive.

One of the best ways to rank dangerously addictive drugs, given that there is no consensus, is to interview a panel of experts. Here are the rankings from a 2007 panel led by David Knutt.

The heroin epidemic in America has been devastating for communities and is one of the biggest public health issues that our country faces. In 2014 there were 47,055 US deaths from opioid overdoses, the highest number in history. In laboratory studies, heroin has been shown to increase dopamine levels in animals' brains by 200%. Aside from being incredibly addictive, heroin is very dangerous because the dose that will cause death is only five times larger than the dose needed for a high, making it very easy to overdose.

Though legal in most countries, researchers found that ingesting alcohol raised dopamine levels in lab rats by up to 360%, and dopamine levels continue to rise as the animals were given more alcohol. The WHO estimated that in the year 2012 there were 3 million deaths caused by dangerous effects from alcohol.

Cocaine works by blocking neurons n the brain from turning dopamine signals off, causing dopamine levels to triple in subjects. About 21% of people who try cocaine will become dependent on the drug at one point in their lives, and the cocaine market in 2009 was estimated to be about $45 billion.

Barbituates are often prescribed to treat anxiety or sleep disorders, but these drugs are are easily abused. Barbituates interfere with chemical signaling in the brain, essentially blocking out large portions of the brain. Low dosages of barbituates cause euphoric feelings, but this class of drugs is potentially legal if someone takes a dose large enough to suppress their breathing.

Another legal drug, nicotine is the main addictive component of tobacco. Nicotine is quickly abosrbed by the lungs and the brain, and this highly addictive drug frequently leads to dependence in users. Over two-thirds of Americans who have tried tobacco have reported being dependent on nicotine at one point in their lives and it is estimated that tobacco will kill more than 8 million people annually by the year 2030.