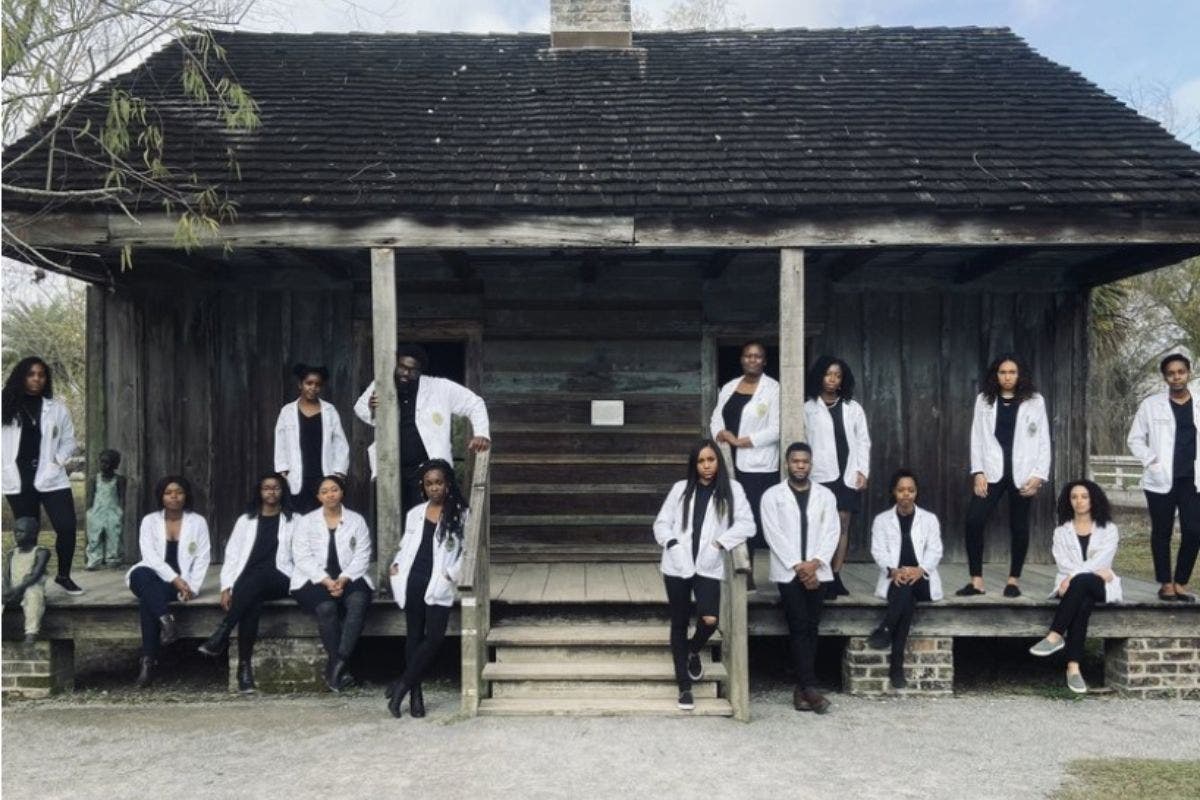 Russell J. Ledet, a second-year medical student from Tulane University School of Medicine organized a visit for 14 of his fellow African American classmates to a former plantation that had slave quarters. The trip was to Whitney Plantation, which is now a museum in Edgard, Louisiana.

"I don't think as a kid I ever saw a minority physician," says Ledet. Originally from Lake Charles, La., a U.S. Navy veteran and with a Ph.D. in molecular oncology from New York University, Ledet had previously visited the plantation with a friend who worked in the same lab at NYU.

"We were two African American males getting our Ph.D.s at NYU School of Medicine. There just aren't that many of us out there," Ledet says. "We wanted to make sure that we remain tied to our history and remain humble, you know, and understand whose shoulders we're climbing on — and pay homage."

The members of the Student National Medical Association, a student-run organization that supports black medical students, posed in front of the former slave quarters “looking determined and looking strong – embodying the strength of the people who lived on those grounds” says classmate Sydney Labat. They were wearing their short white lab coats that symbolize their status as doctors in training. She added, “You can be smart, you can be a doctor, you can be unapologetically black — all of those simultaneously. This is about resiliency," Labat added.

Growing up in a small town in Mississippi where African Americans were rarely seen as people in positions of influence or esteem, Labat affirms "If I had seen this photo when I was younger, it would have been validation that the people telling me that I couldn't be an orthopedic surgeon — that I should have a Plan B, but they didn't say that to my white classmates — that they can't hinder me in any way.” 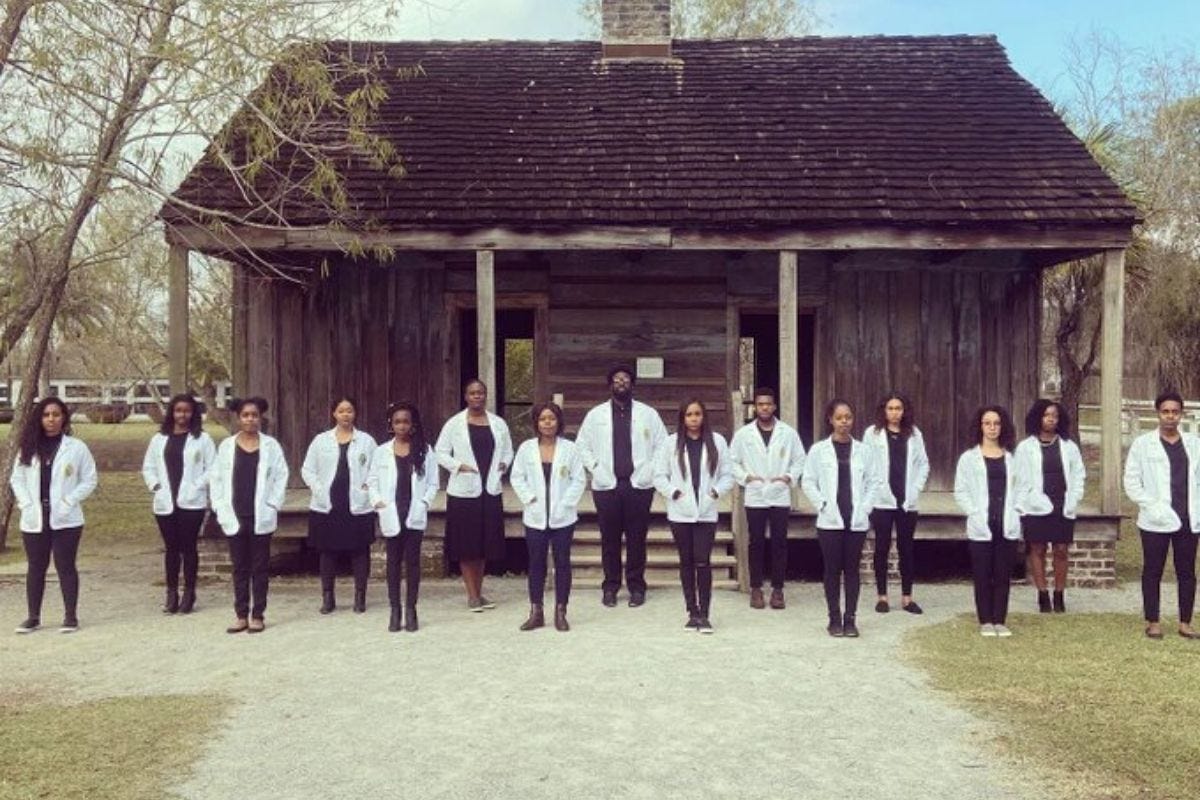 When Ledet approached his SNMA classmates at Tulane with the idea of making a joint visit that would culminate in an informal photo shoot, the idea took off. They knew, Ledet says, that the photo had the potential to resonate with a wide audience. "We are aware of our position," he says, "and what we mean to a whole lot of children. A whole lot of undergrads are hoping and praying to get an interview for medical school, or even somebody to just look at their application. We're here as living proof that it's possible. If we can do it, anybody can do it."

The photo is meant to be taken as "a collective vision for the future," he says, emphasizing that he sees it as an uplifting image, rather than one that dwells on the past. "Medical school is grueling. That goes beyond your race, ethnicity or your sexual orientation," he says. "We have a neurology exam in three days and right now I don't feel like the Energizer Bunny — I feel more like the battery you stick in your drawer because it doesn't work anymore. But I can look at that photo for motivation. I look at it and feel like 'Yo, we going,' " he says.

The photo was a powerful one that he hopes will inspire even those beyond the medical community. "I hope this image will be posted in somebody's classroom and some teacher will be able to say, 'Every last one of those people up there is a practicing physician.' " "I could just imagine our ancestors in heaven looking at us and being so happy," he says. "They're saying, 'Look at them. They're doing so well. Their resiliency is shining.' " 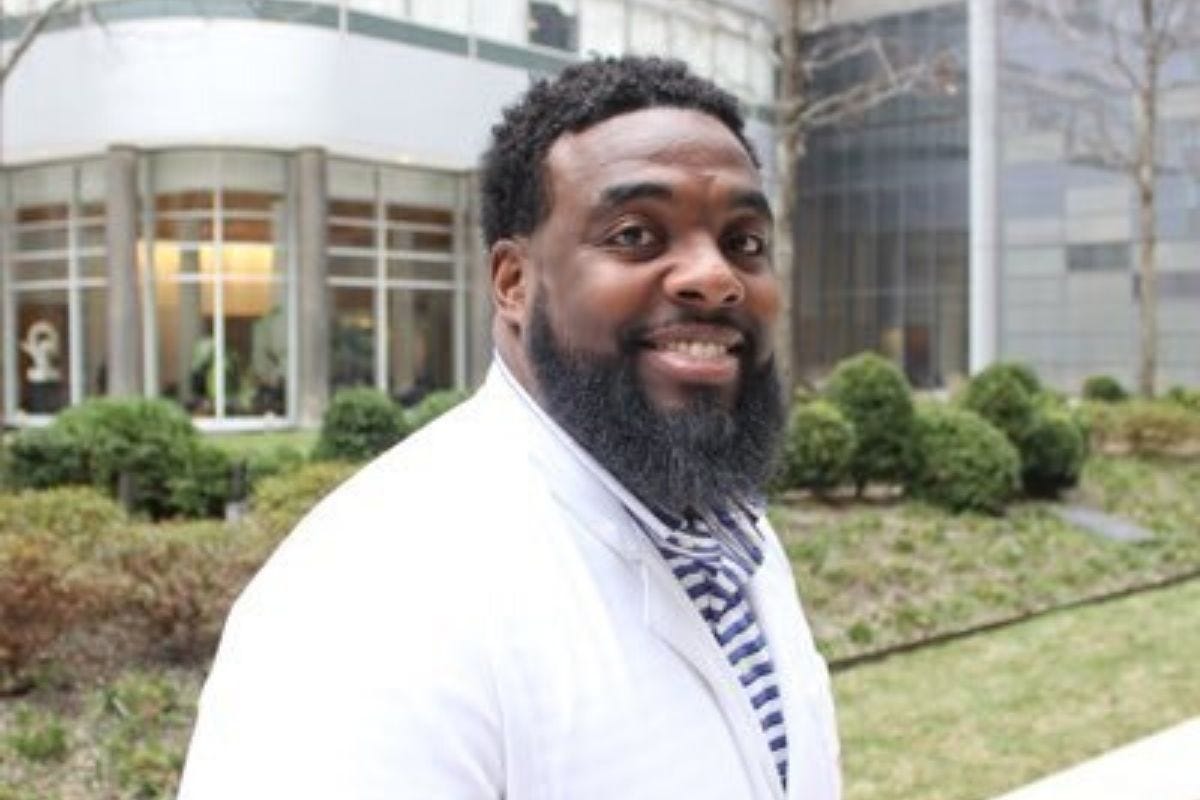