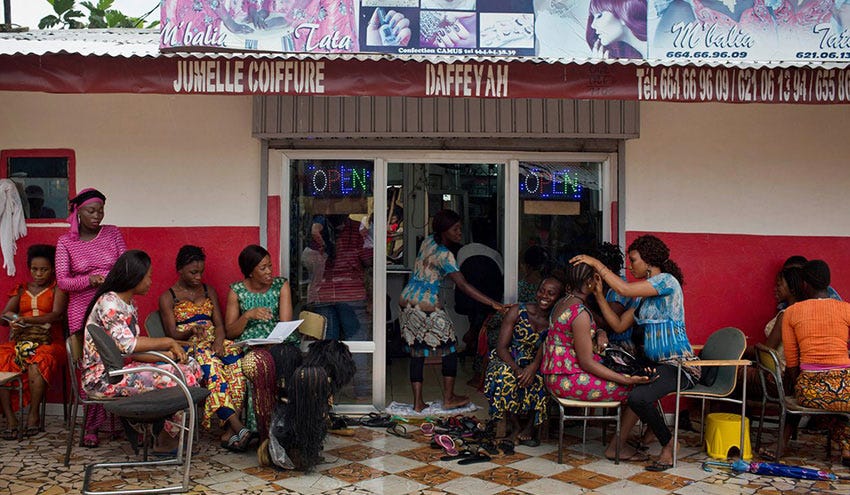 In many African countries, discussing topics such as sex and contraception are still somewhat taboo - in the country of Guinea, for example. Guinea has one of the lowest rates of modern contraceptive use in the world. According to the U.N., in 2015, only 7.5% of married or cohabiting women in the country were using contraception.

Many Guinean women aren’t educated about contraception, and, even if they’re taking contraception, it is almost never discussed between partners. Oftentimes, women don’t want or can’t afford to have multiple children, but what if they aren’t even aware contraceptive options exist?

Many efforts have been made for sex and contraceptive education outreach in rural areas, but in urban areas, it’s a different story.

Enter Jhpiego, an affiliate of Johns Hopkins University. Founded in 1974, Jhpiego finds innovative ways to bring reproductive health and education to women worldwide. Originally known as the Johns Hopkins Program for International Education in Gynecology and Obstetrics, this organization has spearheaded numerous programs throughout the developing world and is funded through the United States Agency for International Development (USAID).

One of Jhpiego's programs takes place in Conakry, Guinea at the Miskaa Salon, in an innovative method of educating women about contraception.

The Miskaa Salon and 4 other salons throughout the state capital dispense invaluable family planning advice while clients get their hair done.

The 5 salons have seen so much success with family planning since the program’s inception in 2012, that the project is looking to expand and open more salons in Guinea’s 7 major cities.

The idea behind educating and training salon workers as community health workers came from the fact that salons are a place many women frequent, chit chat occurs, and all manner of topics are discussed. In Guinea, salons that offer traditional braiding, as opposed to straightening or other services, are the place to post contraception advocates because the women frequenting these salons don’t have as much access to information most likely, whereas women who are getting their hair washed or straightened are likely to have more money and thus, more resources at their disposal.

One woman, Aminata Kouma, 35, says her first exposure to family planning was at Jumelle, another of Jhpiego’s salons. She says,

"I never knew about [contraception] before coming here – they taught me how. I got the injection, and since then I’ve been able to control the number of children I have. I already have four and I don’t want any more. My husband can’t afford it, school fees are so high. There’s too much suffering here. I’m a housemaid, but I’m out of work."

Traditionally, abstinence has always been the primary form of contraception in Guinea. When a woman married and had children, she would live with her parents for a few years to space out her births. Nowadays, abstinence practices like those are rarely used, but contraception is still not talked about. Given the current lack of family planning education, it seems that salons are the perfect place to inject this information.

The tailor shop is another place where women hang out and socialize, waiting for their dresses to be done. More importantly, young men also spend time socializing at the tailor shop. Jhpiego plans to target tailor shops next in order to reach out to young Guinean men. The idea is that information will spread by word of mouth, reaching the majority of people in the city.