Physicians face unusual healthcare situations all the time. It is their job, after all. But what would you do if a vampire walked into your clinic or emergency room?

You might believe that vampires are restricted to horror movies, urban legends and folklore, or the pages of teen romance novels - but you would be wrong.

There is actually a large community of about 5,000 people across the United States who self-identify as "real vampires". These individuals regularly consume small amounts of human or animal blood in order to maintain their vitality; if they are unable to feed they will become sickly and depressed.   "Real vampires" are quick to differentiate themselves from "lifestyle vampires", people who engage in conspicuous behavior such as sleeping during the day inside a coffin or wearing vampire fangs or dressing in Dracula-inspired garb. Those who identify as "real vampires" insist that their unusual diet is not a lifestyle choice, but a tangible condition. Most real vampires believe that they were born that way and they usually keep their unique habits as private as possible for fear of ridicule or public scorn.These are otherwise ordinary people from all walks of life, many of whom have families and successful careers, who feel dependent upon drinking blood.   According to one self-identified vampire, most of these individuals start to see symptoms of vampirism around puberty, finding themselves drained of energy of no apparent reason until discovering through chance or experimentation that blood gives them a burst of energy. 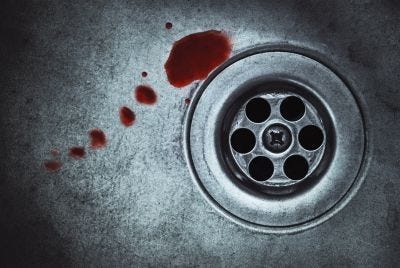 Image courtesy of winnond from freedigitalphotos.net

Their consumption of blood is done in a fully consensual manner involving a written or verbal contract - a willing human donor allows the self-identified vampire to make a little incision in their chest or back from which the vampire is able to consume small amounts of blood. The donor must undergo medical screening and testing beforehand to ensure that their blood is clean.   Understandably, finding healthcare for one who self-identifies as a vampire comes with complications. Most vampires are extremely hesitant to seek medical treatment and will avoid routine health check-ups with a physician out of fear that the healthcare provider will stereotype them, regard them with disgust, or diagnose them with a mental illness. It's a legitimate concern that revealing their unusual diet to a healthcare professional would indeed be a distraction from other, more pressing health concerns.   However, it is also a legitimate concern of healthcare providers to worry about the health effects of their patients drinking human blood. There has been no substantial research about transmission of disease caused by consumption of human blood, but theoretically an individual who routinely ingests blood of other humans is at a greater risk for contracting blood-borne infectious diseases, such as HIV, hepatitis, syphilis, and many more.   There is no scientific reason for "real vampires" to require human blood in their diets. Many vampires say they would prefer not to be afflicted with their perceived condition so that they could lead an ordinary lifestyle free of stigma. But this does not appear to be an option for them. Members of the vampire community hold the conviction that not drinking blood could lead to disastrous consequences. 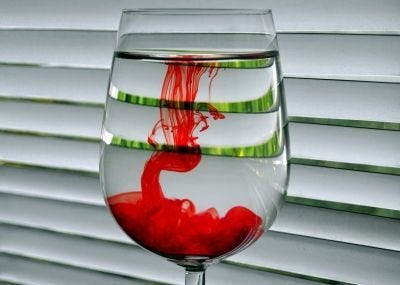 For example, one vampire told of a friend who stopped drinking blood for four months who ended up in the ER with a dangerously low heart rate. When she stood up, her heart rate would shoot up to 160. She was also plagued by migraines and occasional loss of consciousness until her husband came to the hospital and allowed her to feed from him - afterwards she felt much better and her physical state improved immediately.   Some scientists have suggested that the positive effects of drinking blood could be for psychological rather than physical reasons, a rather macabre placebo effect. Other doctors who have studied self-identified vampires closely find no evidence of psychiatric issues associated with vampirism.   Regardless of what any one medical professional believes about self-identified vampires, the most optimal health outcomes are found when the patient and physician have a foundation of mutual trust and respect. In encountering an individual who identifies as a vampire, healthcare professionals have an obligation to treat all patients without prejudice or discrimination.