Large-scale outbreaks of infectious disease have been relatively rare throughout history, but when they do occur they can be disastrous. These diseases caused millions of deaths throughout history and many of them still cause hundreds of deaths each day. Even with the advancement of medical knowledge and treatment, these epidemics are nature's way of reminding us that despite our best efforts, nature never has been and never will be under our control.

When: 1916, peaked in 1952 Many scientists believe that the polio virus has been around for thousands of years, but in America during the early 20th century the disease created an epidemic that caused a frenzy across the country. The first outbreak was reported in 1916, but the polio epidemic reached its peak in 1952 when over 58,000 cases were reported. The disease afflicted thousands of people over the course of decades, causing widespread panic and quarantines. During this period the virus killed around 6,000 people and left many more paralyzed. Once contracted, polio had no cure but in 1950 the first polio vaccine was invented by Dr. Jonas Salk. Thanks to this breakthrough and the development of other effective vaccines, America has been polio-free since 1979. 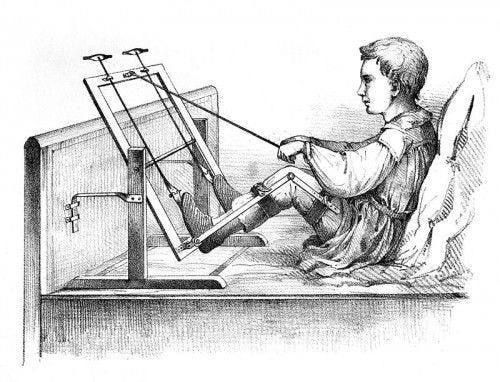 When: 1600's As soon as the New World was discovered by European explorers, much of the Native American population was doomed. European settlers brought along diseases with them that they had developed some natural immunity to, but that the natives had never been exposed to before. Without a natural immunity these natives were especially vulnerable to the foreign diseases - particularly smallpox. Once introduced to the native population, smallpox quickly swept through the continent and wiped out countless local tribes. It is estimated that around 90 million Native Americans were killed by the disease during this epidemic. A vaccine for smallpox was eventually created in 1796, but we still witness occasional breakouts of the disease today. 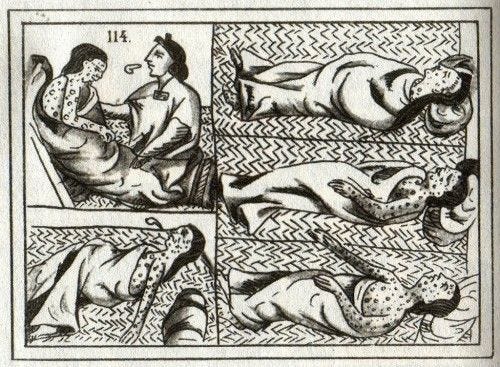 Where: Europe and Asia

When: 1314-1351 AD Commonly referred to as the Black Death, the greatest pandemic of bubonic plague wiped out a large swath of the population during the 1300's. Bubonic plague had been around for a while, but the Black Death refers to a four-year period of time that killed as much as two-thirds of Europe's population at the time. The Black Death is considered to be the first true pandemic as it spread the bubonic plague quickly and effectively through rats and other vermin at first, and then from person to person. Unsurprisingly, this completely disrupted European society, economics, and politics, leaving a deep scar in the continent's history. Fun Fact: Rats were common carriers of the bubonic plague, but there is an indirect reason that these rodents were able to spread the disease so quickly. In 1232 the Pope declared cats to be satanic. In the 100 years that followed, millions of cats in Europe were slaughtered, leaving rats to multiply exponentially without their natural predator to keep their population in check. 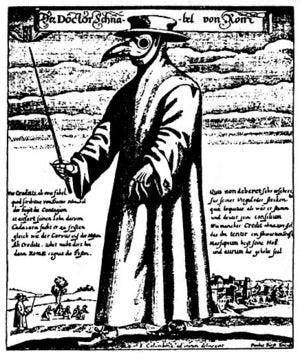 Costumes such as this were thought to protect the wearer from contracting the bubonic plague.

When: 540 AD The Byzantine Emperor Justinian is best remembered for his semi-successful military campaigns intended to return ancient Rome to its glory. However, during his period as emperor there was a plague much deadlier than any war, that was spreading through the Mediterranean region. The plague eventually made its way to the Byzantine capital city of Constantinople by the year 540 AD where it completely devastated the ancient city. According to some reports, at its peak, the Plague of Justinian was killing up to 5,000 people a day. For about 200 years after this epidemic, outbreaks of the disease manifested occasionally throughout Europe and Asia, but these epidemics were never to reach the level of the one that plagued Constantinople. 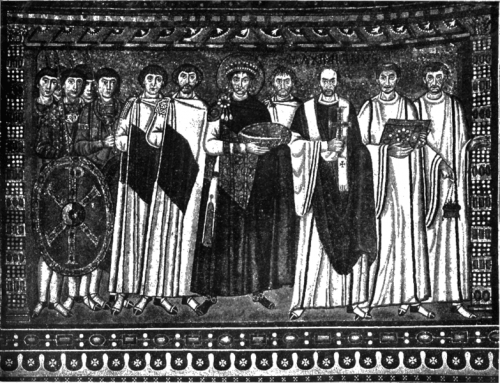 When: 1793 In the summer of 1973, a ship of refugees from the Caribbean arrived in Philadelphia, one of the nation's biggest and busiest port cities. With them they brought yellow fever, a potentially lethal disease spread by mosquitos - which were particularly inescapable given the city's humidity and hot summer months. Many people fled the city, including some of America's Founding Fathers, but it is estimated that up to 2,000 people were killed by the disease by the time the epidemic ended. Yellow fever still exists even today, causing an estimated 30,000 deaths each year, primarily in lower income countries where treatment is unavailable.

Smallpox was spread through mosquitos.

When: 1600's, 1914-1918 Typhus is also sometimes referred to as "Camp Fever", as the highly infectious disease spreads most quickly and easily in populations of people living in close, crowded quarters. In the 1600's, Camp Fever originated in poor, crowded European cities and quickly spread across the continent, taking over 10 million lives. Typhus saw a second pandemic during WWI when Romanian, Polish, and Russian soldiers saw their numbers decimated by the disease. Again, the rapid spread of the infectious disease can be attributed to the poor and unsanitary wartime living conditions. 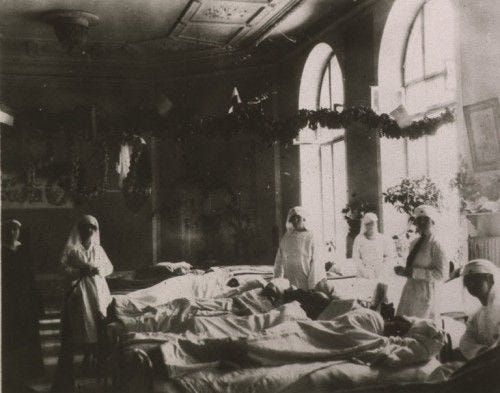 When: 1817 - Present Day There have been 7 epidemics of cholera since the 19th century although the disease has been around for thousands of years before. It had been fairly common in some regions of India, but in 1817 merchants traveling along the Ganges River spread the disease to the rest of the country and other countries in Southeast Asia. By the 1930's cholera had been spread to America and European countries, causing more outbreaks of the disease. The most severe cholera epidemic occurred in Iraq, when over 18,000 people were killed during a three-week period in 1821. Sadly, outbreaks of cholera still occur today, with approximately 3-5 million cases and 120,000 deaths reported each year due to the deadly disease.

When: 1918 The influenza pandemic that claimed the lives of tens of millions of people during the course of a single year was one of the deadliest pandemics in recorded history. During this global outbreak, which is estimated to have infected about one third of the global population, more people were killed by influenza than had been killed during WWI. This outbreak was spread globally due to WWI soldiers returning to their home countries, many of whom had become infected with the disease during the war. This global pandemic caused businesses to close, schools to shut down, and left thousands of children orphaned. This particular strain of influenza is similar to strains we see today, but was characterized by an excess buildup of fluid in the victims' lungs. 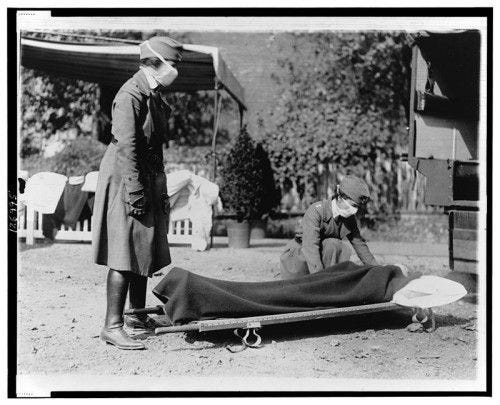 When: 2003 SARS originated in Asia and quickly spread through contact with bodily fluids of an infected individual, including microscopic droplets of mucus or saliva that become airborne through sneezing and coughing. This aspect of the disease is what triggered the popularity of surgical face masks worn in public by the population. Severe acute respiratory syndrome (SARS) infected 12 different countries before it was eventually contained in July of that year. There is no cure for SARS, and the disease managed to infect over 8,000 individuals and take the lives of 774 individuals by the time the pandemic was under control. 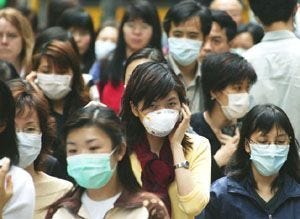 When: 2014 The fatal Ebola virus was transmitted to humans through contact with wild animals and then spread quickly from human to human in Central and West Africa. There have been multiple outbreaks of Ebola in the past, but the 2014 pandemic was by far the worst in history. The disease spread through villages and communities like wildfire in these regions of Africa, which have very weak healthcare systems and infrastructure in place. Many humanitarian health workers who traveled to the region to help treat victims became infected as well. Fatality rates of this particular strain of Ebola was about 50% but past Ebola outbreaks have seen fatality rates of up to 90%. As of November 3rd, 2015, the disease has claimed 11,314 lives. New cases of Ebola are still being reported, but for the most part the disease has been contained and it is no longer prevalent enough to be considered a pandemic. 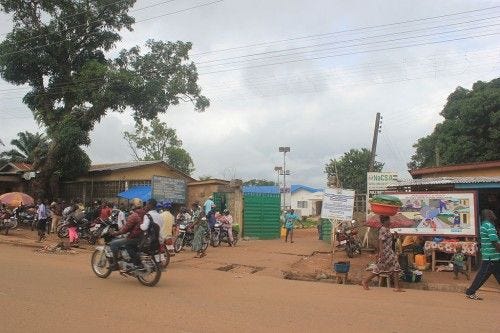 A hospital in Sierra Leone that cared for Ebola patients.
Image by Leasmhar (Own work) [CC BY-SA 3.0 (http://creativecommons.org/licenses/by-sa/3.0)]