Medicine at the Time of the Revolutionary War

By the start of the Revolutionary War in 1775, the study and practice of medicine was highly ineffective, often dangerous, and almost entirely unregulated. By this time there were approximately 3500 physicians practicing, only 300-400 of whom had actual medical degrees, and none were medically licensed due to the fact that licensing procedures only existed in Europe. Even the best physicians were only capable of providing the most basic care such as setting bones and prescribing herbal remedies, and without an understanding of basic principles of sanitation and contagion, diseases such as smallpox and typhoid ran rampant.

Unsurprisingly, the average life expectancy was only 35 years old.

Medical knowledge had progressed very little in the preceding centuries. The foundation of medical training in the colonial period in both Europe and the Americas was based upon the Greek Theory of Humors, a theory developed nearly 1500 years earlier in 129 - 201 AD.

This school of thought held that all disease originated from an imbalance of bodily fluids, or “humors” - including blood, phlegm, black bile, and yellow bile. To correct an imbalance of humors, physicians of the colonial era commonly prescribed bloodletting practices or medicines that would induce vomiting and bowel movements. It was believed at the time that these practices would restore the balance of bodily fluids and that health would be restored.

The First American Hospital Was Not An Actual Hospital.

The first official "hospital" in America the medical department of the Army established at the start of the Revolutionary War by the Continental Congress following the Battle at Bunker Hill in July of 1775. This hospital was comprised of a Director General, Chief Surgeon, 4 assistant surgeons, 20 surgeons mates, 1 apothecary, 1 nurse for every 10 men, a clerk, and 2 storekeepers to serve an army of 20,000 men. 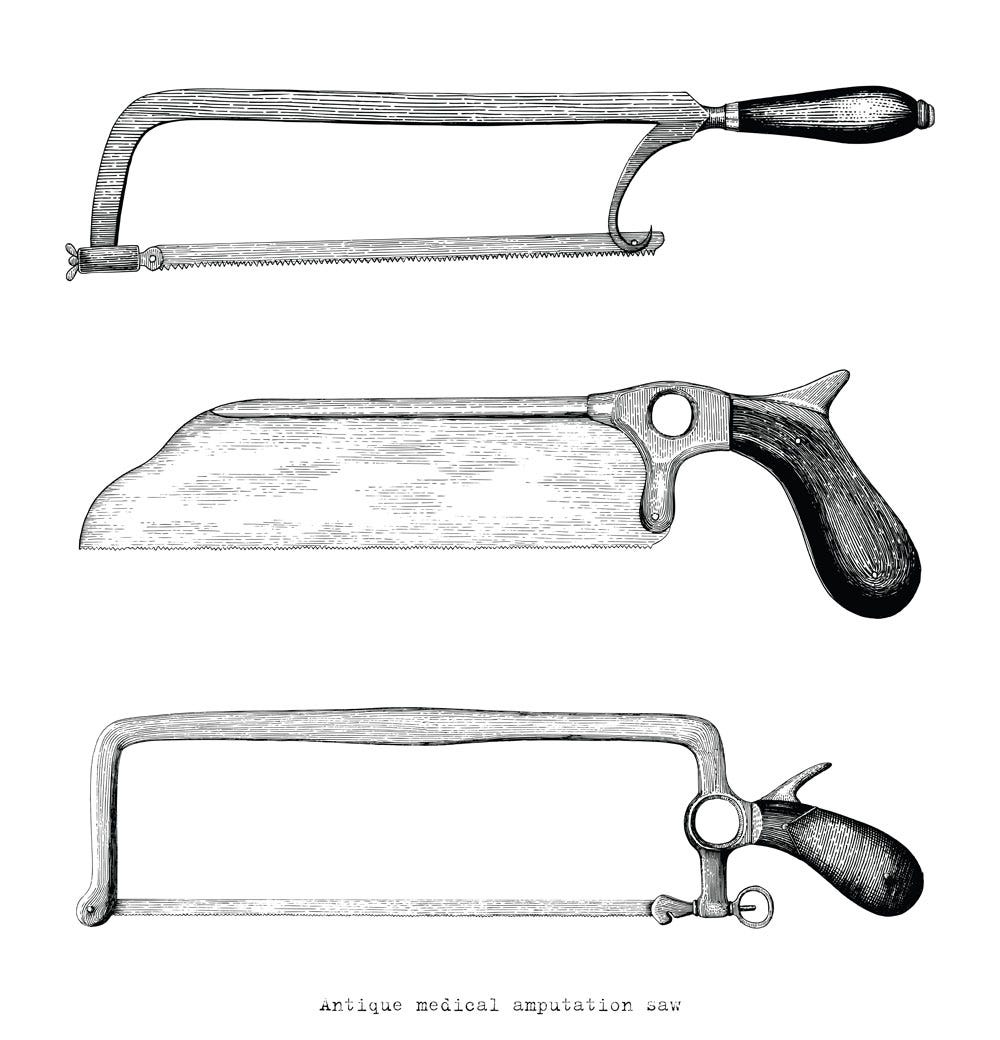 Unfortunately, Revolutionary War era hospitals were almost comical in their inability to address the medical needs of a growing army. According to some records, a Revolutionary War soldier faced a 2% chance of dying in battle - but this figure rose to a 25% chance of dying is he was admitted to an overcrowded army hospital. Other sources reported six out of seven deaths during the war were due to camp illness; a separate account held that for every one death from wounds, there were nine from disease.

These absurd statistics were the result of hospital overcrowding, insufficient funds and medical workers, and an overall poor understanding of sanitation and contamination that led to the spread of infection and contagious diseases. For example, many written accounts describe the common practice of feeding patients with just one spoon being used to serve the entire ward. Another common practice was to clean battle wounds with plain water which was then drained into a pail or basin and re-used for all the others with wounds in the ward.

“Most wounds were caused by musket balls or the bayonet. In cases where the bone was damaged so severely that a limb could not be saved, the surgeon performed an amputation without the type of anesthesia or sterilization we know today. In proceeding with an amputation, officers received rum and brandy when it was available, but for enlisted men a wood stick to bite down on had to suffice. Two surgeon's mates would hold the patient down on the procedure table. A leather tourniquet was placed four fingers above the line where the limb was to be removed. Then the surgeon used his amputation knife to cut down to the bone of the damaged limb. Arteries were moved aside by tacking them away from the main area with crooked needles. A leather retractor was placed on the bone, and pulled back to allow the surgeon a clear field of operation. Then the surgeon chose his bone saw, a small one to remove arms and a large upper femur saw to remove a leg above the knee. A competent surgeon could saw through the bone in less than 45 seconds. Arteries were buried in tissue skin flapped over and sutured. Bandages with pure white linen cloth and a wool cap were placed on the stump. The patient, who had more than likely gone into shock and had a much lower than normal temperature, was stabilized when possible. Only 35% of the persons who went through this procedure survived.”

Medical training has come a long way since the colonial era, but one thing that hasn’t changed is the fundamental fact that in order to learn about the human body, one must actually examine human bodies. Hence the dissection and examination of cadavers is an integral part of basic anatomy studies.

In the 18th century, the practice of dissecting a cadaver as a part of anatomy studies was highly controversial and it was unthinkable to donate one's body to science after death. The only way to legally procure dead bodies for increasing numbers of medical students was in cases of capital punishment to criminals, and after the war ended there was a shortage in available cadavers for dissection. This spurned the creation a rather lucrative form of grave robbing known as "body snatching", which involved stealing dead bodies from their graves to sell for profit to medical programs. 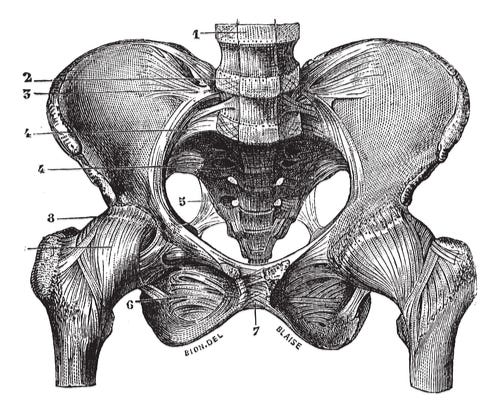 There Were A Number Of Riots That Happened As A Result Of Body Snatching.

Since body snatching was usually limited to the graves of the poor and marginalized members of society, local authorities more or less turned a blind eye to the misdemeanor crime of body snatching up until the Anatomy Riots in the late 1700s. The most famous of these was the Doctors' Riot in 1788, which occured after it was reported that a white female had been stolen from her grave in New York City. Tensions boiled over and an angry mob stormed Columbia College, burning the cadavers and starting a major riot that killed up to 20 people and was only quelled after intervention from the state militia.

Following the anatomy riots, authorities raised the crime to a felony but medical students continued to discreetly remove bodies from graves for study. By the 19th century, families had started developing ingenious methods to deter grave robbers, even going so far as to booby trap graves with patented devices such as the “grave torpedo”, which would blast a gun at anyone who raised the lid of a coffin. The tide finally began to shift as states started enacting legislation known as “Anatomy Acts,” which allowed medical students to dissect unclaimed bodies from patients who died in almshouses and hospitals.

Women in Medicine in the Revolutionary War Were Paid $2 A Month. 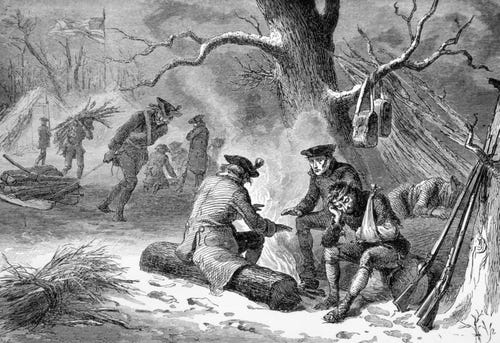 The Revolutionary War marked a shift in the roles of women during wartime. Up until that point in history women were rarely seen on the battlefield, but the Continental Army needed every man available to fight and women were needed to nurse wounded and sick soldiers. Although nursing did offer a certain level of job security, it also came with serious health risks as they were constantly exposed to patients suffering from contagious lethal diseases such as smallpox and typhoid. Additionally, most of the tasks given to female nurses weren’t medical so much as custodial, as regimental hospitals relegated to women only the most custodial tasks such as bathing patients, emptying chamber pots, and cleaning the wards. Female wartime nurses became more prevalent as the war continued, but it was considered to be a very dangerous and low class job that many women were reluctant to take.

Army officers tried to make up for the shortage of female nurses by bribing women with extra payment, or limiting the food supply of women who refused to nurse. This short supply of female nursing volunteers was exacerbated by the paltry wages they received: at the start of the war female nurses were paid only $2 per month, compared to male doctors who were paid $40 per month. A couple years into the war, Congress raised the monthly wage to $8 for female nurses in an effort to encourage more women to volunteer, but female nurses remained in short supply throughout the course of the Revolutionary War.

George Washington Was One Of The First People To Advocate For Widespread Innoculation.

Much of medicine during the Revolutionary War was ineffective and even dangerous, but there were some instances of medical advancements that came about during this period. Most notably, the Revolutionary War era brought about the widespread usage of inoculation, when generals such as Washington ordered all soldiers and civilians to be inoculated with a pox vaccine. It is reported that this move, though unpopular at the time, reduced the rate of smallpox in his ranks from 17% to 1%.

Other medical discoveries include the use of gauze and tourniquets to stop bleeding, and making tinctures of myrrh and turpentine to clean wounds. Because infection was rampant, maggots frequently appeared in battle wounds and it was soon realized that meggots could be very useful in removing dead necrotic tissue that was at risk for developing gangrene.