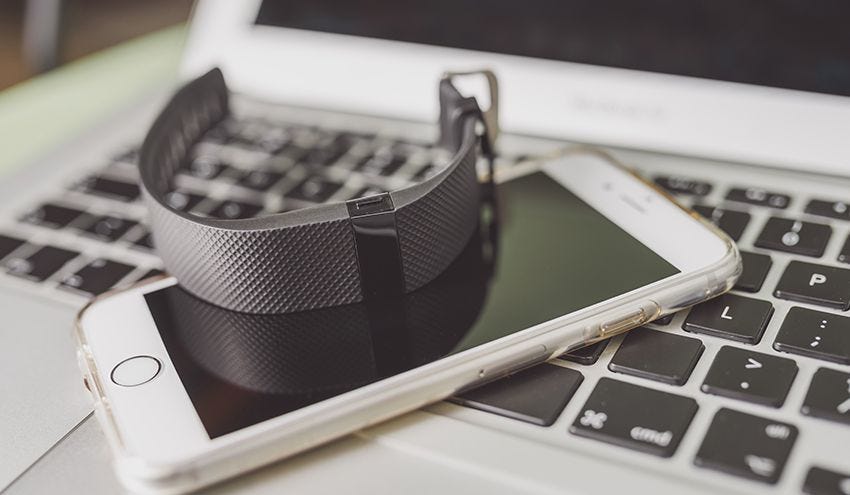 We live in an era where at any given moment; people are connected to their phones. They check weather, their schedules, the news, what’s going on in pop news, etc. So why shouldn’t you track your health as well in this age of connectivity? People are taking their health and well-being into their own hands with apps like MyFitnessPale, the Fitbit, and Apple’s iWatch. Opening themselves up to a gateway of physical health possibilities, app users get to chart their weight, calorie count, and set up realistic goals for themselves.

Using a smartphone as the central hub for tracking, analyzing, and motivating exercise has become commonplace. MyFitnessPal, which now claims over 65 million registered users, is one of the most popular digital health apps. But its success is part of a much broader trend. Three of the most popular brands in the tech world — Apple, Google, and Samsung — have all thrown their hats into the platform plays aiming to focus and simplify the world of devices and apps available to customer.

Since 2013 fitness apps and technology has grown into a niche market people are paying attention to. These new technologies, if they continue to gain in popularity, could finally push the industry into the mainstream. Apple's Healthkit and Google Fit can help reach a broader audience and forge partnerships with the traditional health care industry that would be hard for startups to accomplish alone. Just recently, Apple announced its partnership with Epic, which now manages over 51 percent of the patient records in the United States. This important deal Apple could begin absorbing health data on more than half of United States patients. Their doctors, in turn, could begin to see what’s happening with their patients in between visits. The downside for doctors would be opening themselves up to potentially enormous amounts of data they would have to sift through and access for accuracy.

For investors in digital health, that massive changes, and potential fortunes, are on the horizon.