Across social media there have been cries of outrage in response to a recent segment on The View during which the talk show hosts mocked and belittled a contestant of the recent Miss America Pageant who came onstage to discuss her career as a registered nurse while wearing scrubs and a “doctor's stethoscope". These comments were not only patronizing, but they were also very revealing of how often people can misunderstand the critical role of nurses. Nurses save lives every day and they too, use stethoscopes on a daily basis while treating patients. Contrary to what some might believe, nurses are not merely subordinates who just follow the doctor’s orders without a degree of autonomy. Nurses are highly trained, critical thinkers who use their skills and experience to better the lives of patients. 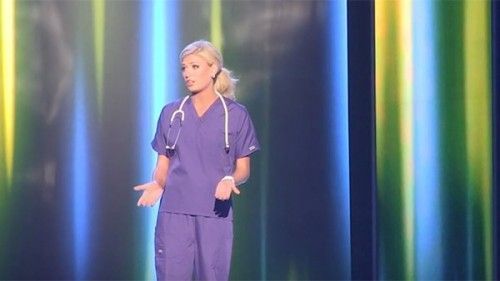 In no way should nurses be perceived as less critical to the medical process than doctors. As a matter of fact, within a typical hospital environment nurses tend to make many more decisions than doctors. A doctor typically will make important, but relatively few decisions—mostly regarding diagnosis, treatment, medication, and discharge dates. However nurses must make dozens of decisions concerning each patient on their shift, decisions that affect every aspect of the patient’s care and overall satisfaction. On a whole, nurses tend to spend much more time with a patient and nurses are the ones who come face-to-face with a patient’s everyday experience of an illness.

I came across a story recently that perfectly encapsulates the dedicated and highly supportive roles that nurses play, and how critical they are in the point of care for patients. According to one nurse, she was in the middle of a shift in an ER unit when a foul odor began to drift from one of the patient rooms. Both nurses and doctors were present—yet while the doctors all scurried past the room, a bevy of nurses rushed in immediately to deal with the patient and the mess.

If Florence Nightingale could see nursing today, she would be proud of what these amazing individuals have accomplished. Everything a nurse does is focused on bettering the lives and outcomes of patients. The recent controversy on The View highlighted how much ignorance there is surrounding the role of nurses in healthcare—these people are not just intermediaries obeying what a doctor instructs them, but highly trained and educated healthcare workers who make critical decisions regarding patient care and who play a highly unique role in connecting with a patient through their distress.

But with every cloud comes a silver lining. In regard to the patronizing comments made on The View, the knee-jerk reaction was for many nurses across the country to express their shock and outrage, which has led to a cry for nurses nationwide to unite and promote awareness about the work that they do and the respect that they truly deserve. By belittling the critical role that nurses play in healthcare, the talk show hosts from The View have actually inspired a #NursesUnite movement to raise awareness and education about the importance of nursing. It is time to set the record straight. These nurses don’t want undue recognition—they simply desire credit where credit is due and wish to be treated with the respect they deserve.