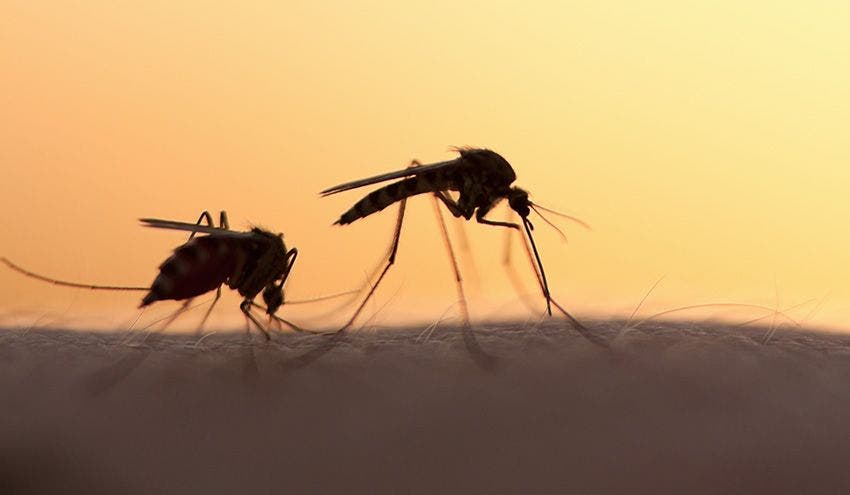 The WHO recently declared the Zika virus to be a public health emergency of international concern, a designation reserved for only the most dire threats. This announcement of the highest level of alert has only been used on three other occasions: during the 2009 H1N1 epidemic, during the 2014 polio re-emergence in the Middle East, and during the 2014 Ebola outbreak in West Africa. The announcement opens the doors to coordinate international surveillance, mobilize greater research funding, and address the global health crisis.

The link between the virus and microcephaly in infants is the principal cause for concern, as the mosquito-born disease spreads rapidly through the Americas. According to WHO Director-General Margaret Chan, “Even the clusters of microcephaly alone are enough to declare a public health emergency because of its heavy burden" on women, families  and the community. In addition to having a smaller-than-average cranium, infants born with microcephaly are likely to have severe intellectual disabilities, speech and motor problems, and other health complications that require constant care from their mother or caretaker.

As with many public health crises, the Zika outbreak highlights a larger social justice issue.

Several Zika-affected countries addressed the health crisis by asking their female population to delay pregnancy. This impractical suggestion places the entire burden of responsibility on young women, putting a spotlight on the extremely unequal power relations present in these patriarchal societies.

Most countries affected by the virus are in South America, Central America, and the Caribbean Islands, where birthrates are higher than average. Women living in these countries have very little personal autonomy. 30% of women in the region have reported sexual and/or physical violence by their partners - the high incidence of rape and domestic violence means that in many cases, these women are not in the position to freely make choices about their own bodies.

In regions where the rate of unintended pregnancies is the highest in the world (56%), telling women to simply avoid getting pregnant is not realistic. Women in these countries face limited access to contraceptives and family planning education, particularly in the poor rural communities where giving birth to a brain-damaged child would have the most devastating consequences on the mother. According to global reproductive rights nongovernmental organization Ipas, using the country of Brazil as an example, there is a near complete “lack of access of sexual education in schools. Because of pressure of religion, women in poor and rural areas are likely not to have access to the information needed or right methods to plan their pregnancies.” 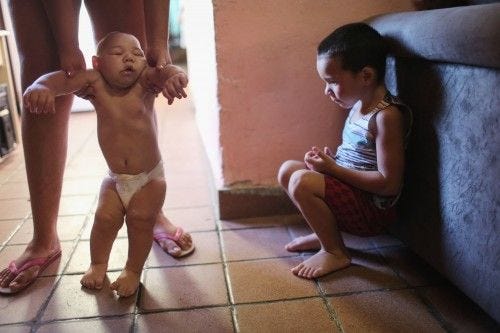 The CDC's recommendation to more vigilantly monitor pregnancies with serial ultrasounds is meant to enhance our understanding of Zika's role in microcephaly also highlights the lack of control women have over their own bodies. Public health officials advocate that the termination of pregnancies with identified brain-damaged fetuses should be made an option, but abortion is illegal throughout Latin America - in many countries it is prohibited even to save the life of the mother. Legal restrictions on abortion lead to another health crisis that disproportionately affects the female population: according to the Guttmacher Institute, about 760,000 women annually in Latin America and the Caribbean are hospitalized for complications from unsafe abortion. This statistic isn't terribly surprising given that 95% of abortions performed in the region are considered unsafe by WHO standards.

The recent surge of infants born with microcephaly due to a Zika infection has some Latin American countries, such as Brazil, re-examining their strict anti-abortion policies. While such a debate is a step forward for female reproductive rights in these countries, microcephaly is usually not detectable until 24-28 weeks into a pregnancy - far past the legal limit for an abortion even in the United States.

Impoverished females who are likely to be hit the hardest by the health crisis face extremely limited choices in a patriarchal society that already curtails the autonomy of women. The recent Zika epidemic draws attention to the overarching social issues of these countries and gives us a greater understanding of government's role in defining the fate of its citizenry.