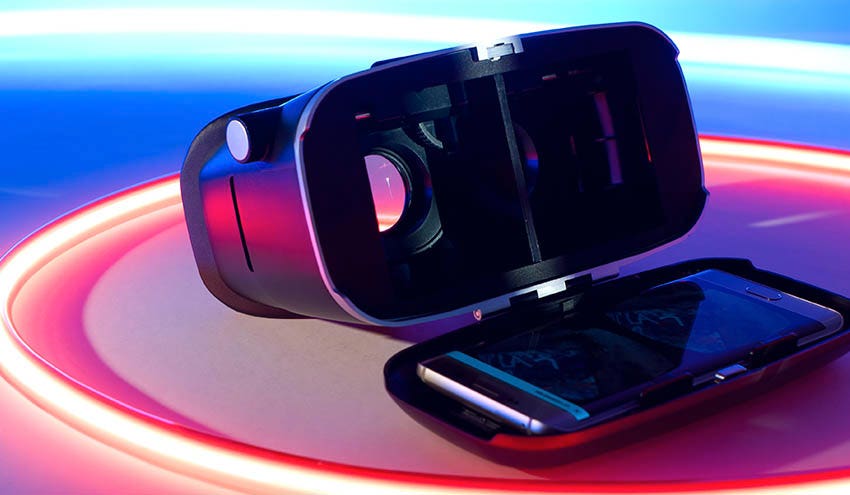 Virtual reality has been a technology on the rise for decades, and as these high-quality experiences become more feasible at reasonable prices, the VR market is on the verge of exploding, according to TechCrunch. In the healthcare industry, we have already seen several VR applications in medical training and physical rehabilitation, and now VR is having a major effect on psychological care.

Lowering the cost of mental health while improving outcomes

According to the National Institute of Mental Health, one in every five Americans has a diagnosable mental disorder, which is roughly 43 million Americans. This is a huge portion of the population and recent studies have shown that mental health issues are costing the nation roughly $467 billion in lost productivity.

For decades, physicians have been combatting mental health issues with treatments like relaxation techniques, hypnotherapy and medication. While these methods have proven successful in the past, VR treatments potentially offer more effective outcomes, specifically in the areas of exposure therapy, distraction therapy, brain damage and assessment, and meditation.

Exposure therapy is a technique used in healthcare for patients who suffer from a specific fear or anxiety. In a controlled environment, physicians immerse patients into the situation that causes them stress, and help them work through their phobias or anxiety.

With the onset of VR, exposure therapy has dynamically evolved into a new world of possibilities. It has allowed medical professionals to ascertain completely customizable scenarios to fit the fear or anxiety of a given patient. The Virtual Reality Medical Center created a VR system for individuals who fear flying, and Virtually Better initiated software that helps treat phobias like fear of heights, public speaking, claustrophobia and adverse weather conditions. For veterans and the estimated 7.7 million people in the U.S. who suffer from PTSD, VR has led to an onslaught of different programs like Virtual Vietnam VR and Bravemind, that simulate war conditions akin to Iraq, Afghanistan and Vietnam.

In a similar way, VR has made meditation a more viable way to ease anxiety. In a new game for the Oculus Rift called DEEP, users get the opportunity to explore the depths of an underwater world using only their breath as a means of navigation. The makers of the game took ancient yoga breathing techniques and incorporated them into the VR based app, which uses biofeedback to track the user's progress. For the 40 million Americans who suffer from anxiety, games and apps like this can help ease tension and stress without a prescription or a visit to the doctor’s office.

Before VR, it was difficult for medical institutions to accurately construct situations that could foster the necessary means needed to treat patients who suffer from anxiety and fear. The progress VR has made within exposure therapy and meditation is leading to outcomes that have been said to work better than medication and previous alternatives.

Distraction therapy is another field being heavily influenced by VR. Many patients who suffer from severe burns or skin conditions have a difficulty dealing with wound care and physical therapy. The VR game SnowWorld, is a tool that healthcare professionals are using to treat burn victims working through physical therapy. The software is designed to distract patients from their wounds and foster a safe and unintrusive way to deal with their pain. A study conducted in 2011 showed that many soldiers responded better to SnowWorld than doses of Morphine.

VR is also playing a vital role in patients who suffer from traumatic brain injury (TBI). Physicians have historically struggled with cases where patients have reduced levels of brain activity in sensory, motor and attention functions. With the aid of VR, however, these patients are able to interact with the environment in ways they could not before. This allows physicians to document their sequencing and behavioral organization and ultimately it helps them foster more effective mental rehabilitation.

The way medical professionals train, treat and diagnose patients with mental phobias, neurological disorders, fears, depression and anxiety is completely evolving. Although there are only a few current conclusive studies, the medical industry is implementing VR on a broad spectrum. Over the next few years, the technology will continue to advance and the data from studies will become more available and transparent. For now, the medical industry is just entering a virtual transitional phase that is sure to dramatically change certain modalities of the healthcare system forever.