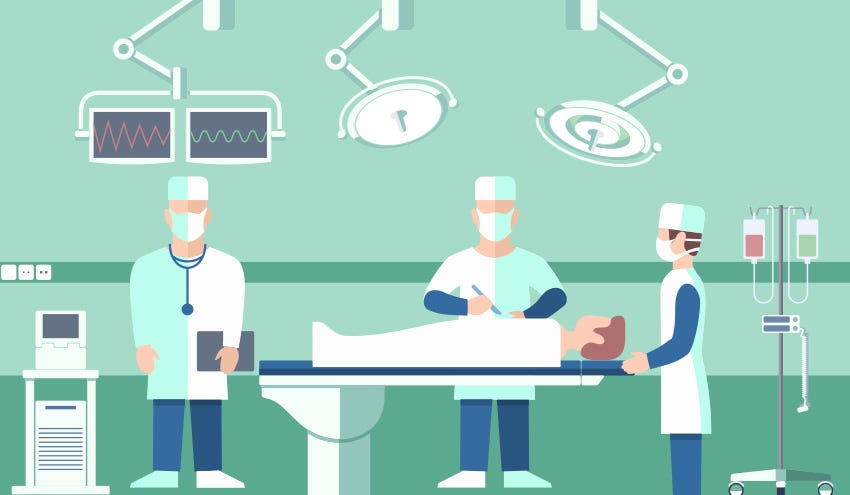 Over the past few decades there has been an ongoing debate amongst healthcare professionals called the volume outcome debate, which questions whether or not medical institutions should create centralized groups of specialists to exclusively handle high-risk procedures in higher volume, according to PBS.

The debate is predicated on the following question:

The concept of high volume leading to better outcomes stems from the historic learning curve theory, the widely-held principle that “practice makes perfect”. In the case of patient care, the learning curve theory would mean that when healthcare institutions receive a greater number of similar complex patient cases, they would be better prepared to deliver higher quality of care. The high volume of patient traffic would then lead to a higher level of physician experience and knowledge, which would ultimately result in improved healthcare outcomes.

The theory sounds promising on paper, and there are a variety of studies that support it. A 1979 Stanford study showed that patients who underwent procedures at hospitals that routinely dealt with similar operations had a lower mortality rate than hospitals who dealt with that same procedure in lower volume. Researchers have since expanded upon the study, analyzing different cases and finding similar results. Though these findings are indeed promising, there are still skeptics questioning whether or not the studies are capable of presenting an objective perspective.

Many would like to think that creating a volume-based system would be a clear cut solution to better healthcare, but it is not quite that simple. The current research is not necessarily flawed, but it is definitely more observational than conclusive, according to Cory Foster, MD.

He does not say this to inherently diminish the strides of progress made, but rather to pose a legitimate question that needs to be answered: Can hospitals objectively track volume? In other words, if these procedures shift toward a paradigm of high volume institutions, how can they rationalize the shift and how can they objectively say that the transition would actually foster better health care?

In these studies, procedures are analyzed and classified by risk based on varying factors. Some studies give greatest weight to factors such as mortality rates (which, by themselves, have a variety of definitions and classifications), and others measure the risk of a procedure based on readmission rates, reoperations, or postoperative complications. While there are a few studies that match up brick for brick, the majority of cases are not congruently aligned and therefore do not foster results with definitive clarity.

Furthermore, the indicators used to evaluate outcomes have even more complexities. For example, when categorizing two separate cases of carotid endarterectomy, although they labeled as the same procedure, the two patients can still present unique differences as one patient could have additional health concerns, making it more difficult to accurately measure and compare the two.

Although the available research might not be as conclusive as we wish, current initiatives are already underway to put high-volume teams of specialists in place. In May last year, what is known as the Take the Volume Pledge, was announced with the aim of preventing high-risk surgical procedures from being performed by surgeons who perform relatively few of them, or at hospitals where relatively few such high-risk procedures are performed.

The majority of larger health care institutions are welcoming the pledge and initiatives like it, mainly because they represent a potential for high margin surgeries that would present lucrative opportunity and boosted patient outcomes. Experts recommend that if this shift in delivery were to take place, it should happen in key areas first, namely: carotid endarterectomy, coronary artery bypass grafting, pancreatic surgery, esophagectomy, rectal cancer surgery, any complex cancer surgery, and abdominal aortic aneurysm surgery.

Smaller institutions, however, are much more skeptical as the current pledge would not only stand to deplete some of their potential revenue, but could also poach some of their top tier or “go-to” surgeons. Additionally, these volume-based referrals present the possibility of unfair discrimination as institutions could be more interested in facilitating the idea of volume rather than ensuring higher quality healthcare.

As with any healthcare debate, there are pros and cons to both sides, but the idea of high volume institutions seems to be the most viable alternative to fix the problem of underexperienced surgeons attempting high-risk procedures.