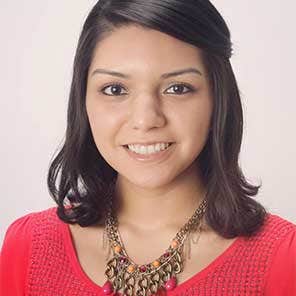 Claudia Martinez is a first generation medical student who just completed her second year of medical school. While studying to be a doctor, Claudia has also had to face the challenge of living as a patient, as she has undergone 6 brain surgeries, multiple shunt surgeries, and multiple hospitalizations. In February 2017 during her last brain surgery, Claudia suffered a stroke to her brainstem leaving her as an incomplete tetraplegic unable to function from the neck down.

In the past year alone, Claudia has overcome more challenges than most individuals face in a lifetime, as she had to relearn how to feed, bathe, dress herself and how to walk again. Despite all this, Claudia refuses to give up her dream of becoming a doctor and hopes to inspire others to never give up on their dreams.

In her own words,

"I remember I had done a neuro exam on a young boy. I turned around to go report to my attending and as I did heard him yell to his mom, "She has the same scar I have!". I have an about 7 inch scar down the back of my head from multiple brain surgeries I have had. He told me he wanted to be a doctor so that he can help other kids play baseball like his doctor helped him. I will never forget the hope that my scar gave his mother in knowing her son can one day also be a doctor despite his medical challenges. And that is my favorite thing about my job is bringing others hope.

My biggest challenge has been being the patient at the same time as I'm studying to be a doctor, but it has also been the biggest blessing. For others to accept that a person with a disability can become a doctor has been a great challenge but one that I have been determined to overcome and with your help show others that a medical illness and a disability does not have to stop you from being a doctor. We are just as worthy and capable as anyone else.

In my medical school and across the country, I'm working to bridge the gap of physicians and medical students who are also patients themselves. As healthcare providers, we are not immune to illness and instead we should embrace these individuals who are both because they provide a link to those who are solely doctors and solely patients. Unity to me is inclusion."