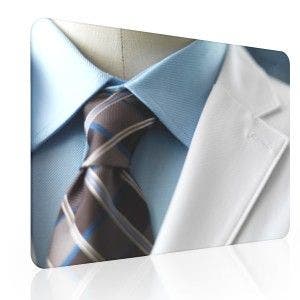 The best men’s lab coats – what company makes them in the opinion of those who actually wear them? Review just a portion of the unsolicited testimonials, reviews and ratings from physicians, physician assistants and nurse practitioners available on their website and you’ll find compelling testimony that the best men’s lab coat available anywhere is made by Medelita. To be more specific, they’re made by the Medelita Mens division of the medical apparel company Medelita www.medelita.com Long before they achieved the recognition they enjoy today, the principals behind Medelita had to find a way to introduce their premium men’s lab coat and clinician scrubs to a profession that had never heard of their little start-up company. The fact that the design of both their men’s lab coat and scrubs was based upon a completely different set of priorities than those of the existing medical apparel industry presented an additional challenge. For years, the uniform industry was convinced that low pricing was the key to increased sales. Naturally, that impacted fabric choices, features, designs, pattern making and construction. Their continuous striving to reduce costs was further exacerbated by a business model largely dependent on distribution through retailers who typically based their prices on what’s known as a keystone markup of 100%, basically a retail price equal to twice what the retailer paid for the garment. Medelita, in contrast, based the design of their men’s lab coat and clinician scrubs on superior fashion, fit, function, and durability. Medelita used expensive performance fabrics with certified treatments to achieve softness, comfort, stain and microbial repellency. Their designs, intended to enhance the appearance of the wearer, were more detailed and sophisticated requiring hand sewing. Even their sizing system was different, but it yielded a far better fit. All of these design considerations, and many others, increased the production cost of their men’s lab coat: To minimize the impact much higher production costs would have on the retail price, Medelita elected to sell directly to the end user, the clinician. They developed what many consider to be the most user-friendly website in the industry. By doing so, they were able to capitalize on one of the greatest advantages the new economy offers while bypassing the traditional keystone markup that accompanies selling through brick and mortar retail stores or websites reselling another company’s merchandise. In the course of experimenting with a number of options for raising awareness of the men’s lab coat available from Medelita Mens, as well as overcoming the only objection that’s ever raised to the men’s lab coat or scrubs, the price, they discovered a solution to both challenges at large medical conferences. Clinicians, drawn to their upscale booth by the impressive display of their men’s lab coat and scrubs would typically respond by saying, “Your uniforms are beautiful, but why would I pay two or three times what I’ve been paying for a men’s lab coat or scrubs?” To which, Medelita staff members learned to simply respond with, “Just try it on.” When clinicians see how they look in it, when they feel how elegant the fabrics are, when they realize how well it’s constructed and finished, over 40% of those who enter the Medelita booth make purchases. Many more pick up brochures and place orders when they return to their office. Talk to anyone in retailing and they’ll attest that that is an astounding response rate. Ironically, what many of their customers find, and as some of the testimonials acknowledge, the durability of their men’s lab coat is so superior to the cheap lab coats they’ve been wearing that on a cost per wearing basis they’re actually less expensive than the cheap brands because they last so much longer. If you aren’t already familiar with this new paradigm in medical apparel, you owe it to yourself to learn more about it at www.medelita.com
Back To The Team